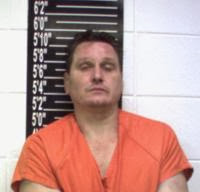 A man who was threw gasoline on a Stone County deputy and tried to light him on fire earlier this year is facing additional charges for allegedly slicing another inmate in the county jail with a razor.

Plunkett, who has been jailed since he was arrested last January, is scheduled to stand trial for assault of a law enforcement officer next February.
Posted by Kathee Baird at 12:50 PM

I am confused about above comments ?!?!

Me too. I think they posted to the wrong story. They should have gone to the Three Missing Women stories.