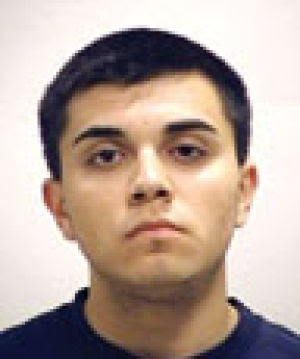 Authorities in Stone County are searching for a  Kansas City man who is wanted for an alleged sexual assault against a child.
The young boy told his parents that his uncle, Ryan Sole, 19, sexually assaulted him while the two shared a bed  while on vacation in Indian Point over Memorial Day weekend in 2012.  The incident was reported to authorities in August of 2012 and charges were filed last week, according to court records.

While the boy was being interviewed at the Child Advocacy Center in Kansas City, he said Sole had allegedly sexually assaulted him two other times while he was visiting relatives in the Kansas City area.

Two months ago Sole entered an Alford plea connected to a 2009 child molestation with the same victim in Clay County.  He was sentenced to seven days shock time and placed on two years of supervised probation.  There is also a child protection order against Sole, that was issued in 2012, according to online court documents.
According to Clay County law enforcement personnel, Sole was released from custody on July 11th.
The outstanding warrant asks for a $25,000 cash or surety bond and no contact with the victim or the victim’s family.

-
UPDATE: 09-11-13: Sole posted bond in Lebanon and is scheduled to be arraigned on the charges on September 24th in Galena.
Posted by Kathee Baird at 5:30 PM