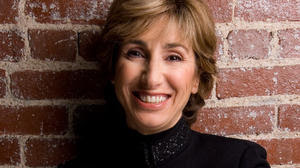 A prominent Springfield financial consultant pleaded guilty in federal court today (04-12-13) to stalking her daughter's ex-boyfriend and his new girlfriend in Tennessee.

According to the U.S. Attorney's Office, Western District of Tennessee, Nadia Cavner and people she employed traveled to Memphis with the "intent to injure, harass or intimidate her daughter's former boyfriend and his new girlfriend."

After the criminal information against Cavner, 53, was unsealed today she signed a waiver and pleaded guilty to one count of violating a federal interstate stalking statute.

Federal authorities say Cavner orchestrated and formulated a plan in which she and people she employed made trips between Springfield and Memphis between July 9, 2011, and November 15, 2011.

Cavner hired a private investigator to harass the student, who had been her daughter's boyfriend when they attended Emory University.  After the man, P.M., moved to Memphis in 2011 and began seeing a new girlfriend, K. S., Cavner paid a private investigator $26,000 to send threatening voicemails to him and harass his girlfriend. A request to bug the student’s house was forwarded to the FBI.

A news releases says, "As stated in open court, Cavner used multiple means to stalk and harass the victims including making and causing others to make harassing and defamatory phone calls; leaving anonymous notes designed to harass and intimidate the victims, having the victims followed during trips; hiring people to disrupt the victims' relationship; and paying for an associate to temporarily move to Memphis for the purpose of conducting surveillance on the victims. In addition, Cavner sought to have electronic listening devices installed in the victims' homes."

“I don’t want to kill him I don’t want to take him out, I might want someone to rough him up, you know, break an arm or two,” Cavner said, a federal prosecutor read in court.

In 2005, a U.S. District Court judge ordered Cavner to pay sanctions in a lawsuit filed by US Bancorp Investments. In that case, Judge Richard E. Dorr had ordered Cavner and an attorney to appear in court because “the court has reason to believe that false representations were made on the behalf of ... Cavner,” according to court documents.

Cavner is an avid political fundraiser, she helped raise over $250,000 for Barack Obama's 2008 Presidential campaign and has met with the Dalai Lama.  Because of her felony guilty plea, she will now be prohibited from fundraising, owning a firearm or voting.
-
Cavner founded the Nadia Cavner Group and was named by Barron's in 2011 and 2012 as the top female financial adviser in Missouri. According to the Nadia Cavner Group website, she oversees more than $485 million in assets.  Her average client has a net worth of about $2 million dollars.

In 2009, Cavner, and her husband Howard Cavner made a $1 million estate donation to the Breast Cancer Foundation of the Ozarks.

Cavner was named one of "12 People You Need To Know in 2013" in a Springfield Business Journal article last December.

At this point, it is not known how Cavner's guilty plea will affect her business.  A spokesperson for the Missouri Secretary of State's Office says financial advisers are registered through the Securities Division.  However, a felony conviction could lead to statutory disqualification depending on the circumstances of the case.

Her attorney, Steve Farase, says that Cavner plans to carry on with her philanthropy work.
-
The FBI assisted in the investigation of Cavner who is scheduled to be sentenced on August 1st.  Both sides are seeking probation for the financial adviser, however, Judge John T. Fowlkes can ignore the recommendation and sentence her to five years in prison and a fine of up to $250,000.
Posted by Kathee Baird at 3:43 PM