New information in a ten year-old cold case murder was released this afternoon in Taney County.

Taney County Prosecutor Jeff Merrell has charges Philip Lynn Dodd with first-degree murder in connection to the 2003 murder of Becky Sutton.  Dodd, who is serving a fourteen year sentence in the Missouri Department of Corrections for a Jasper County bank robbery, had been a suspect in the young woman's killing from the early days of the investigation into her disappearance.

Rebecca "Becky" Sutton disappeared from her apartment in Hollister on March 21, 2003.

A friend of Becky's told investigators that when she last talked to Becky a little about 10:30 p.m. on March 20th she told her that "a person named Philip," the estranged husband of her ex-boyfriend's cousin, had just stopped by her apartment and attempted to kiss her.  Sutton told her friend that Philip followed her into the kitchen, "where he cornered her," and attempted to kiss her again.  Sutton said she had to duck under "Philip's" arm to get away from him, according to the probable cause statement.

Becky told her friend that she told the man to leave, but that he didn't immediately do so.  That was until she threatened to call police, according to court documents.  The friend told detectives that she offered to come to Becky's apartment with her boyfriend, but Becky declined the offer saying she told Philip not to come back and said she and her son were going to bed.

Another friend of Sutton's, Will Wilson, told investigators that he left a note on Sutton's door about 1:30 a.m. on March 21st saying he had come by to visit the nineteen year-old hotel housekeeper and her two and a half year-old son, Cole. 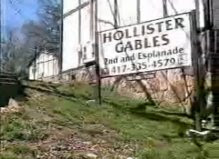 It was Cole who alerted a neighbor to his mother's disappearance after he was found wandering around the courtyard in the apartment complex the two lived in.  A neighbor who found the little boy called Becky's mom, Susan, and told her she had him.

Later that afternoon an official investigation was launched into the teen mom's disappearance.  Family members told police that Becky's purse and the top of a mattress were missing from the apartment.

Sutton's ex-boyfriend told investigators that Sutton had called his mother and stated that Philip wanted the phone number to their residence.  The mother told Becky not to give it to him, according to court records.  The former boyfriend said he got a phone call around 2:00 a.m. on March 21st and did not answer it because he was sleeping.  When he woke up later that morning, he noted that the call came from his former girlfriend's number.

Dodd, who had been a Licensed Vocational Nurse in Texas until he had his license revoked in 2006, initially wasn't on law enforcement's radar....that is until HE contacted them three days after Becky disappeared.

Court documents say, "On March 23, 2003, Philip Dodd contacted the Hollister Police Department and inquired about the missing person case of R. Sutton.  During an interview with Dodd, he advised a Hollister police detective that he knew R. Sutton through his estranged wife.  During this interview, Dodd provided investigators with conflicting accounts of the events that occurred on March 20 and March 21, 2003"

A few months later cops told the family they could move Becky's belongings from the apartment and when things were being moved the missing purse, with identification, medical cards, an address book and a weird handwritten list of names, was discovered in a kitchen cabinet.

Several months after Sutton's disappearance authorities announced that they had a suspect and had traveled to Texas and Kansas to gather information on him.  On July 17, 2003, a Highway Patrol investigator traveled to Texarkana, Texas, to interview Dodd while he was incarcerated.  Again, Dodd provided investigators with conflicting information for the night Becky disappeared.

On July 23, 2003, investigators conducted an interview with a witness who told them that Dodd had recently obtained a new truck and was planning to leave town.  "Dodd told the witness that he did not wish to look guilty, so he asked if she would help him with an alibi on R. Sutton.  Dodd asked the witness that if she was questioned by the police he wanted her to tell them that he was with her on the night that R Sutton went missing."

In September of 2003, a witness contacted authorities and told them that Dodd had come to her residence and discussed the Sutton case with her.  The woman stated that "Dodd made statements to her that he was at the Sutton residence when R. Sutton died, but implicated a person known only as Scooty in the death.  Doss stated that Scooty then took Sutton's body with him and advised the witness that no one would ever find Sutton's body."

Investigators attempted to interview Dodd again in early 2004 in regards to Scooty and the night of March 20, 2003.  "While Dodd did not deny knowledge of the Scooty story, he refused to answer questions regarding him during the course of this investigation."  No records could ever be found for a person using the name or alias of Scooty.

In January of 2004, an elderly man went to authorities in Taney County and told them a relative had discovered human remains in the Mark Twain National Forest.  About six weeks later, working on a tip gleaned from an inmate in the county jail, authorities discovered Sutton's remains stuffed into a rock overhang in the national forest near Bradleyville, about 35 miles from where the young mother disappeared.

Court records say that "two individuals traveling a logging road through the Mark Twain National Forest discovered skeletal remains under a rock ledge, surrounded by numerous other rocks to conceal the remains.  While excavating the bones, a weathered shirt made out of cotton (t-shirt style), an under-wire bra, and a small belly type ring, matching the description of the belly ring R. Sutton was known to wear, were discovered along with the almost complete skeletal remains of a female."
-
It took another year for Susan Sutton to receive her daughter's death certificate and the cause of her death.  The medical examiner says Becky died from "probable asphyxiation due to strangulation."  Ron Yoder with Southwest Missouri Forensics told authorities there were no stab or gunshot wounds to Sutton's body and he could not determine if drugs or alcohol played a part in her death to the condition of the remains. 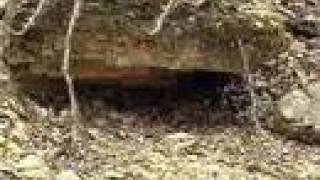 On March 4, 2013, Highway Patrol Sgt. Dan Nash interviewed Dodd at the Algoa prison.  During that interview, Dodd said he had been at Sutton's house on the night she disappeared and the young woman overdosed and died.  "Dodd stated that he then removed R. Sutton's body from her apartment and placed her body in his vehicle.  Dodd said he cleaned up the scene and removed any items of evidentiary value.

"Dodd advised that he then drove around for a period of time and eventually disposed of R. Sutton's body under a rock outcropping.  Dodd stated that he then gathered numerous rocks and used them to cover the body and create a barrier at the outcropping."  Dodd said he then drove back to Branson and cleaned his vehicle of any evidence and threw the floor mats in a dumpster.

He told Nash that he had lied about his knowledge and involvement in Sutton's disappearance and that he had fabricated the story about Scooty, who was "just a figment of his imagination."

Nash again visited Dodd in prison on March 8th.  This time Nash told him that while he appreciated his assistance, he had evidence that Dodd was still not being completely honest about his involvement in Sutton's death.

Dodd told Nash that he wanted to revise his statement and admitted that he had never been involved in a sexual relationship with Becky and went to her apartment with hopes of getting high and having sex with her.  "Dodd advised that upon using drugs with R. Sutton, he attempted to obtain sex from her.  Dodd advised that she was cooperative, but that he was putting some pressure on her about the sex."  Then the rest of the statement is redacted and picks up with "she was dead."

Dodd said he then removed Becky's body along with sheets, a pillow, the top of a pillow top mattress and any other items inside the residence that might contain his hairs or DNA.  He then transported Becky's dead body to a wilderness area and placed it under a rock outcropping and placed rocks around the body to further cover it.

Merrell would not elaborate on what led to Dodd's alleged confession.  "We're going to try this case in court....not the court of public opinion," he said.

Nash also was tight lipped about information gleaned from "several" interviews he had conducted with Dodd over the years.  “We always like to bring these cases to a conclusion as quickly as possible....sometimes that's not the case. But we're always pleased when it happens, whether it takes six months, six years or 10 years."

Several family member of Becky Sutton were also at the news conference.  They declined interview requests.  But when this reporter worked at Hometown Radio in Branson in the months and year following Becky's disappearance, Susan Sutton would call once a month asking if I had heard anything and to not forget her daughter.


"I think, when a cold case like this comes to this point, it gives hope to other families not yet where the Sutton family is today," Merrell said.

There are several you tube videos related to Becky Sutton's murder here.

Dodd was ordered to stand trial for his Becky's murder after he waived his preliminary hearing.
Posted by Kathee Baird at 4:45 PM

Please keep us updated as hear more regarding this case. A tragic story, but if new info comes out after 10 years we should all pay attention to whats and whys of it's release.

Phillip is a piece of dried up dog shit!

Phillip is a sinner. But he confessed to a crime he never had to admit to. He contacted the police to confess while in prison on the bank robbery charges. Since then he has accepted jesus christ and he plead guilty because it was the right thing to do. Yes he did a horrible thing. But at least he finally admitted it and people can have their peace. And he can have his. Jesus christ has forgiven him.

To anonymous on November 7th that wants to say that Jesus Christ has forgiven him. Fuck you. Jesus can't save him. What about the 2 year old boy that lost his mother. He is now 14 and lives everyday in pain and depression. I am that little boys step mom. So seriously fuck you and your Jesus comments. You don't have a fucking clue how salvation or forgiveness works apparently.