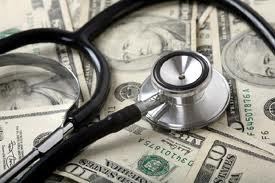 The premiums for health care insurance for Stone County employees will increase by about $30,000 next year if county officials decide to stay in their current plan.

While the insurance coverage will be virtually identical to what county employees currently have, the increase is due to the federal health care reform commonly known as "Obamacare."

A representative for Connell Insurance told commissioner's that his company solicited bids from five other companies besides Cox Health Plans, the county's current health care provider, for comparisons.

Three companies declined to submit a bid citing that that they could not be undercut the coverage provided by Cox. The remaining two companies had not provided bids as of press time.

The county currently pays the premium on all employees insurance, and if the commissioner's decide to stay in the Cox Health plan, employees will see their out of pocket deductible raise from $1,000 to $1,500.

Southern Commissioner Jerry Dodd says he doesn't think they will find a better deal than the current plan.

Commissioner's are expected to make the decision within the next month or so.
Posted by Kathee Baird at 5:05 PM

I tried to comment on your blog but the capcha doesn’t work for me.

Somebody is misleading someone in this article you wrote.

While the insurance coverage will be virtually identical to what county employees currently have, the increase is due to the federal health care reform commonly known as "Obamacare."

The county currently pays the premium on all employees insurance, and if the commissioner's decide to stay in the Cox Health plan, employees will see their out of pocket deductible raise from $1,000 to $1,500.

They cannot raise premiums over 10% without giving reasons—saying because of “Obamacare” is not a reason.

And, if the health care plan they have wants to be grandfathered, it cannot raise out of pocket deductibles more than 15% or it will lose status.

Paragraph (g)(1) of the Departments' interim final grandfather regulations provides that any of six changes (measured from March 23, 2010) are considered to change a health plan so significantly that they will cause a group health plan or health insurance coverage to relinquish grandfather status. Briefly stated, these six changes are:

1. Elimination of all or substantially all benefits to diagnose or treat a particular condition.

2. Increase in a percentage cost-sharing requirement (e.g., raising an individual's coinsurance requirement from 20% to 25%).

3. Increase in a deductible or out-of-pocket maximum by an amount that exceeds medical inflation plus 15 percentage points.

5. Decrease in an employer's contribution rate towards the cost of coverage by more than 5 percentage points.

6. Imposition of annual limits on the dollar value of all benefits below specified amounts

For a plan that is continuing the same policy, these six changes are the only changes that would cause a cessation of grandfather status under the interim final regulations. (As noted, the Departments are separately considering under what circumstances otherwise grandfathered plans may change issuers without relinquishing their status as grandfathered health plans.)

all employees and legal council bill mccullough, who has a law practice in spfd. he is at the courthouse approx 16 hrs a week. we also fund his retirement and pay him 60,000 a yr. if he thinks he deserves the same benifits as a full time public servent then he needs to be here 40 hrs a week and take on no outside cases. if someone sues we have to hire another lawyer. he should be paid a small monthly retainer and NO BENIFITS. if this were taken before the labor board he would be judged a self employed contractor.