Koster says the inmates can no longer appeal their sentences and no stays of execution are in effect at this time for the offenders.

Morton's car had been deliberately rear-ended by Zink on an off-ramp at the Strafford exit on I-44 in the early morning hours of . 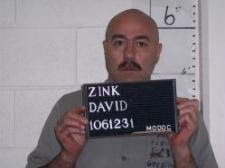 After authorities issued a statewide alert for the missing woman a motel clerk in Camdenton recognized Morton and called police. Zink, who had been released from a Texas five months before Morton's murder, was arrested at his home and led authorities to a shallow grave in a cemetery in Osceola where he had buried Morton.

In 2004 a jury in St. Clair County convicted Zink and the conviction was upheld by the high court in 2008.


Cecil Clayton, 72, of Purdy, was found guilty of capital murder for the shooting death of 29 year-old Barry County Sheriff’s Deputy Chris Castetter in November of 1996.

Clayton was arrested at his residence about 45 minutes after Castetter was shot in his patrol car while responding to a suspicious vehicle call.  The shooting occurred outside the home of Clayton's estranged girlfriend's mother.
-
Clayton was convicted in November 1997 and his death sentence was upheld in November 2008.

Walter "Arkie"  Barton, 56, of Ozark, was convicted of stabbing to death his landlady, 81 year-old Gladys Kuehler, at a trailer park in October of 1991.  Barton had done odd jobs around the trailer park and stabbed the elderly woman when she refused to loan him money, according to published reports.

Barton was tried five times for Kuehler's murder.  His 1994 conviction and death sentence was reversed by the high court because a judge did not let Barton's attorney complete his closing argument.  Two other trials ended in mistrials and one other was thrown out by the high court.

In 2006, former Christian County prosecutor Ron Cleek secured a conviction that was upheld.
Posted by Kathee Baird at 10:55 AM