Sheriff "Has Faith" Justice Will Be Served In Porter Murder's: 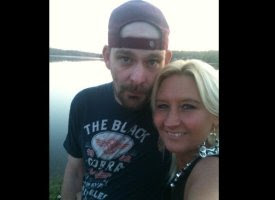 Greene County Sheriff Jim Arnott says he has faith that the person or persons involved in the double homicide of a Willard couple last year will be brought to justice.

At a news conference held on the first anniversary of the launch of the official investigation into the disappearance of Rusty and Becky Porter, Arnott said crimes against person's is the top priority for his office as he announced that the reward for the arrest and conviction of those responsible for the Porter's murders has climbed to $20,000 after a $5,000 donation from Crimestoppers.

Jessica Ellsworth-Bullock, Becky Porter's daughter, told investigator's last year that she was the last known person to speak with her mom at about 8:15 p.m. on Sunday April 17th.  Becky told her daughter she was sick and in bed.

After not hearing from her mother for over a day, Ellsworth-Bullock reported the couple missing after she found the keys to the missing couple's newly purchased vehicle in the ignition and the doors to their farmhouse wide open.

Inside the house were Becky's purse, the couple's cell phones, shoes and medication that Rusty needed after having undergone recent cancer surgery.

Relatives say the house reeked of bleach and "the plastic runways they had to protect the hardwood floor were soaked in bleach," according to Becky's brother, Darrell Hufft.

In July, a "tip" led authorities to the couple's skeletal remains near Protem in rural Taney County.
They each died from a gunshot wound to the head, according to Taney County Coroner Kevin Tweedy.

Arnott would not say if the person who provided the tip was a person of interest in the case.

"We have several persons of interest," Arnott said. But “there are people out there with information that have not come forward,” the sheriff said.

Investigators have served multiple search warrants in several counties, not just Greene and Taney. But "because of the case and the facts" in those documents they remain sealed by the court, he said.

The lead detective in the Porter investigation, Det. Scott Britton, has dedicated over 800 man hours to the case. Numerous binders illustrating the work of Britton and his colleagues were displayed at the news conference. 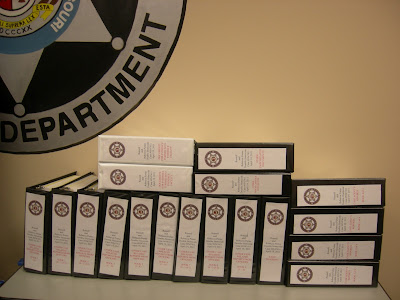 Sheriff Arnott says his office and that of Taney County Sheriff Jimmie Russell are still working the case, "as a team."  He said each office has regular meetings with prosecution teams in both counties, although he would not say in which county the Porter's were killed.


When this reporter asked Arnott about the five unsolved murders in the last year in Greene County (which include the Porter's, Helen and Don Willingham and James Richardson,) he responded, "They're not unsolved,"  but did acknowledge that there had been no arrests connected to any of those cases.

When asked if she was satisfied with the investigation into her son's death Kay Simmons said, "We don't really have a choice...as long as we feel like they're still working on it it's okay."

Corey Ellsworth says his mom was "a good woman filled with "happiness and joy."  We believe in grace and mercy, "we don't seek revenge ....but we do seek justice."