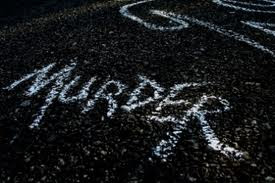 Police in Carthage say they are investigating the murder of a man found near a homeless camp along the banks of the Spring River on the city's north side.

The Hispanic male, who had been living in Carthage for some time, was living in the camp with about five or six other people, according to Dagnan.

Dagnan says an autopsy will be performed on the man tomorrow in Columbia and his name will be released once the man's family has been notified.  "We're struggling to find family members right now," said Dagnan.

The Tri-State Major Case Squad has been called in to assist in the investigation.

Chief Dagnan has identified the victim as Mario Gonzales and said that it was Gonzales' girlfriend, who lived with him at the homeless camp, that found him dead.
Posted by Kathee Baird at 6:34 PM