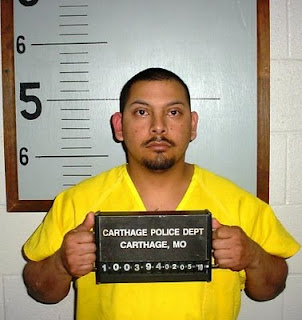 A man from Carthage convicted of murdering his infant son and tossing his body into the Spring River two years ago has been sentenced to life in prison.

Eddie Salazar Sr., 31, told authorities that two masked men broke into his house on February 4, 2010, beat him up and kidnapped his 8 month-old son, Eddie Salazar Jr., while the infant's mother was at work. 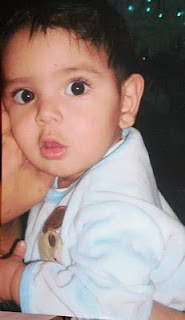 Salazar's claim prompted a statewide Amber alert. After two days of searching for the baby his body was found wedged near a tree in the Spring River.
-
Salazar told investigator's that he was frustrated because the baby wouldn't stop crying and he shook him.  The baby died from blunt force trauma to the head, according to medical examiners.
Posted by Kathee Baird at 12:22 PM