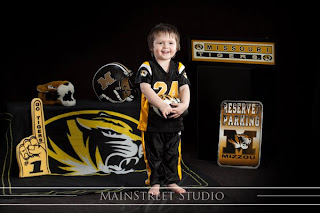 Additional charges have been filed against a Stover man who allegedly tried to get away with beating a toddler to death by staging a bogus hit-and-run.

According to the probable cause statement, Presley told detectives he became enraged at 3 year-old Blake Litton about 2:30 a.m. and beat him with the heel of his hand and stomped on him saying, "I really beat him bad this time." Presley said he blacked out as he beat the boy. 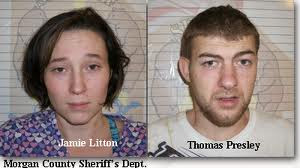 Those same records say that sometime between 3 and 5 a.m. Presley put Blake and his little sister in the car and drove to Golden Age Living Center, where their mother, Jamie Miller Litton, who has also been charged with murder and endangering the welfare of a child,  worked. It is there that the couple allegedly hatched a scheme to keep the boyfriend out of jail.

The cause of Blake's death was a lacerated liver and a ruptured blood vessel in his brain. He had bruises covering the majority of his little body.  The little girl, Faith Emma Litton, who has been placed in protective custody, had a broken wrist and bruises on her head, buttocks, legs, torso and arms when she was examined by doctors. Doctors say she was missing a patch of hair that had started to grow back above a bruise on her head. Her liver enzymes were elevated, "which can be an indication of blunt injury to the liver."

Lawyers for Presley have made a motion to the court to limit information released to the media.
Posted by Kathee Baird at 6:33 PM