The jury is now deliberating whether Christopher LeRoy Collings will live or die for killing nine year-old Rowan Ford in November of 2007.

During closing arguments this afternoon, Elizabeth Bock, who is with the Missouri Attorney Generals Office, told jurors that they had heard a lot about drugs and alcohol playing a part in Ford's murder, but Collings, 37, wasn't impaired enough to not be able to drive around looking for a place to dump the fourth grader's body and that he was cognizant enough when he got back to his farm to burn he and the little girls clothing, and the mattress on which he raped her.

Bock told jurors he raced the eight miles from his trailer near Wheaton on November 2nd to the little girls house in Stella before David Spears, who he had been partying with and who is also charged with murder in connection to his stepdaughter's death, arrived home. He threw the blanket off of Rowan before he kidnapped her knowing she would never need it again, Bock said.
-

Bock also wants jurors to remember that "Uncle Chris' went to Rowan's home a few days after the girl went missing, gave her mom a hug and offered to help her mother find the missing girl, knowing she was already dead.
-
Ford's body was found in a cave in Barry County one week after she disappeared.

Bock said Collings lied on his videotaped confession when he said Rowan cried a little during the sexual assault, "That girl was screaming.....she was screaming." 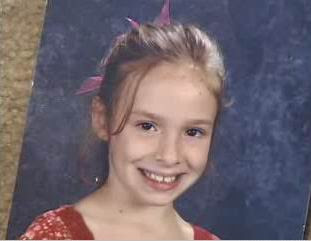 When he pulled the rope tight around Rowan's neck, Collings said "It seemed like hours," Bock reminded jurors of Collings own words from his taped confession.

Defense attorney's want jurors to convict Collings of second-degree murder. The say it comes down to their clients state of mind at the time of the murder. They say Collings takes full responsibility for Ford's murder, but it was a spur of the moment decision and not premeditated, nor did their client take the time to coolly reflect killing the girl.

In a death penalty trial there are two phases, the trial setting and then, if convicted of first-degree murder, jurors will hear more testimony before deciding on what punishment to impose...life in prison without the possibility of parole or the death sentence.
-
UPDATE 6:25 P.M.

Jurors have asked for pictures of Collings property.  In addition they had questions about "the truck and spool (the rope from which Collings killed Ford.)

They have also asked for dinner, which could be an indicator of a long night.

Jurors asked to review, and are watching, one of Collings taped confessions.
Posted by Kathee Baird at 5:24 PM