Change Of Venue Denied For Salazar, Trial To Begin Monday In Jasper County:


The murder trial for a man accused of throwing his infant son in the Spring River in February of 2010 will begin on Monday in Jasper County.

Judge Gayle Crane overruled a last minute motion by defense attorney's for Eddie Salazar who wanted the trial moved out of the area and the jury sequestered.  Attorney's for Salazar had made another change of venue motion in April of 2010, that motion was also denied.

Salazar first told cops that masked intruders broke into his home on February 4, 2010, beat him up and kidnapped his son, Eddie Salazar Jr.  The boy's mother, Yadira Aguilar, was at work when her son went missing.
- 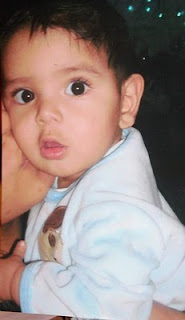 An amber alert was issued, and after two days of intense searching for the 8-month-old the elder Salazar, who has an extensive criminal history, allegedly told authorities he had lied and tossed the baby into the fast moving river.

An autopsy revealed that the baby's death was caused from blunt force trauma to the head.