Murder charges have been filed against a thirty six year-old woman from Mexico, Missouri nearly three years after authorities found the body of an infant in a car trunk during a drug raid in Miller County.

Emily Suzanne Usnick has been charged with second degree murder and abandonment of a corpse for the death of her baby girl.

Court records allege that Usnick endangered the welfare of the baby by "giving birth to the child unattended and failing to secure assistance and medical attention," ultimately leading to the infants death. Usnick is accused of putting the little girl's body in a plastic bag, then placing the bag in a plastic container in the trunk of the vehicle where deputies discovered her.


In a news release Howard said his office has been investigating the case at length and monitoring Missouri case law which he believes has now clarified the circumstances in which a felony murder charge can be successfully prosecuted.

Back in February of 2009 authorities raided a house in St. Elizabeth where they found some marijuana and meth in nearly every bedroom of the home.  A non operational meth lab was found under the kitchen sink.

Four other people were arrested and charged with various drug charges related to the the drug raid. 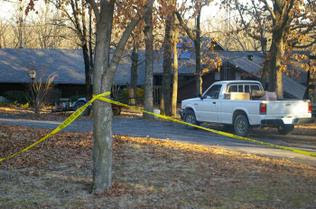