The preliminary hearing for a man charged with murdering a little boy in Wright County last December has been put on hold as attorney's have asked the court for a mental evaluation for the man. 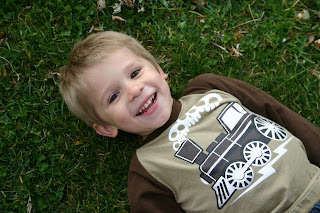 Prosecutors say Terry Joe "T.J." Volner, 23, slit four year-old Dusty Guenther's throat and then threw the little boy's body into a septic lagoon because he was jealous that the boy's mother had started dating someone else.

Earlier this month attorney's for Volner entered a not guilty by reason of mental disease or defect plea for their client.

Online court records say Judge Lynette Veenstra will rule on the motion on March 20th.  Volner's preliminary hearing has been rescheduled for May 29th in Wright County.
Posted by Kathee Baird at 6:57 PM

The story i just read is about Attorney's Want Mental Evaluation For Volner, Murder Prelim Put On Hold, how can they allow the lawyer get sometime so this man isnt being prosucated..to be honest its not right in my opion..i hope he doesnt get away with it..um..please look at my blog..and give me some tips on how i can make it better its www.krimentanawin.blogspot.com , please and thank you