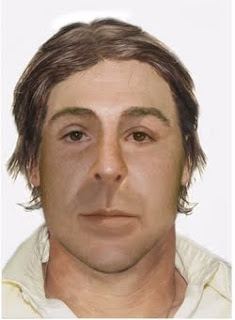 The Vernon County Sheriff’s Office and the Missouri State Highway Patrol are asking for the public's help in the identification of human remains found in Vernon County in January of 2000.

A resident walking down a remote lane southeast of Nevada in January of 2000 discovered a skull and body parts, according to Vernon County Sheriff Ron Peckman. Authorities initially thought that the human remains belonged to Cheryl Ann Kenney who went missing in February of 1991.

It wasn't until earlier this year that that theory was shot down. Laboratory analysis from a forensics lab in Louisiana determined the remains are that of a white male. It is estimated that the man was between 26 and 36 years of age at the time of his death. It is believed the man died sometimes between 1985 and 1997.
-

Vernon County Sheriff Ron Peckman
Peckman says, "I was just a deputy when the bones were found....now I'm the sheriff. It's been a long time. This person belongs to someone and needs to go home." Peckman says the man died from a bullet wound to the head.

In an effort to identify the remains, a computer-generated image was produced by the Forensic Anthropology and Computer Enhancement Services(FACES) Laboratory at Louisiana State University in Baton Rouge.

"I believe the man possibly traveled up and down Highway 71. We're discussing putting up a billboard with the picture we got from the lab in hopes that we might get lucky and someone will recognize him. I want to solve this case as bad as I want to solve the Bea Beisly case."

Peckman says the new information will be sent to the Missouri Information Aanalysis Center, a sort of clearing house for law enforcers.

Anyone with information that may lead to identification of the man is encouraged to call Vernon County Sheriff Ron Peckman at417-448-5555 or Corporal Brad Bearden with the Missouri State HighwayPatrol at 417-359-1502.
Posted by Kathee Baird at 4:36 PM