Resch Pleads Guilty To Sexual Misconduct With A Minor: 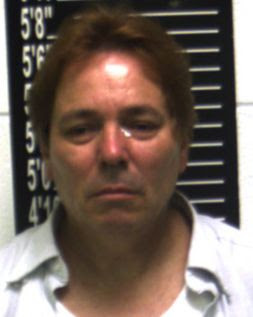 Edward T. Resch (mug shot SCSO)
A man from Springfield who was arrested last month on charges of sexual misconduct with a minor out of Stone County has pleaded guilty to those charges.

Greene and Stone County deputies busted Edward T. Resch after a 10 month investigation by the Tri-Lakes Internet Crimes Task force. An undercover deputy posed as a 14-year-old girl during the investigation.

Resch, was placed on five years probation and given credit for 15 days of "shock time" that he served in the Stone County Jail. He must also register as a sex offendor and was ordered to stay off of the Internet, except as allowed by his probation officer.
Posted by Kathee Baird at 1:06 PM