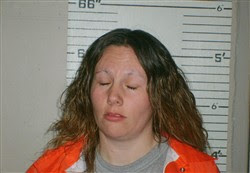 The woman at the center of an alleged love triangle involving family members will go to trail in October on charges of first-degree murder, robbery and armed criminal action for the 2008 death of Dustin Skaggs.

Douglas County prosecutor Chris Wade alleges that says Julia Monnahan pretended she had car trouble and flagged Skaggs down with a flashlight. Three other relatives of both men were lying in wait for Skagg's and ambushed him when he stopped to help Monnahan. Wade says the motive for Skaggs's death was jealousy. Court records reveal that Monnahan's husband, Dennis Volner of Hartville, believed his estranged wife and Skaggs were having an affair and convinced other family members to help him carry out the scheme to get rid of Skaggs. 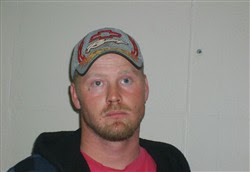 Dennis Volner
According to the probable cause statement used as the basis for the charges, Elvis Volner hit Skaggs in the head over 20 times with a metal pipe. The young man's body was then stuffed into the trunk of his car which was driven to Laclede County, and pushed off a hill into the quarry. 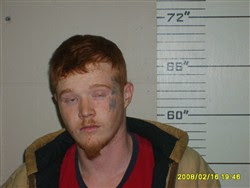 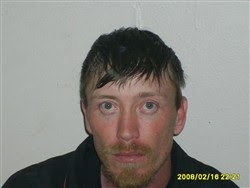 Benny Volner
The case against Elvis Volner, of Mountain Grove is still pending.

Monnahan's trial is set for October 25th.
Posted by Kathee Baird at 11:15 AM