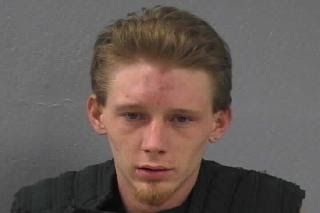 The site of an early morning house fire Monday (03-15-10) that left three children dead and left their grandfather clinging to life with critical injuries is now a crime scene.
David Williams, 26, the fiance of the mother of the three children killed in the blaze, was charged Wednesday with first-degree arson with injury or death. 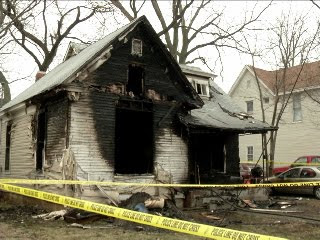 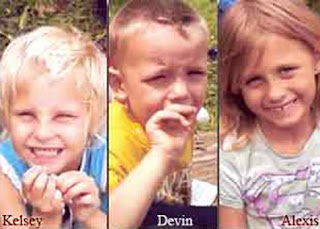 Millsap says firefighters found something suspicious while rescuing the victims about 4:30 a.m. at 1711 W. Olive.
The probable cause statement filed with the charges says that firefighters "observed suspicious burn patterns which led them to believe the fire was intentionally set through the use of an accelerant and not accidental."

State Fire Marshal Investigator Chris Thompson says that his trained accelerant dog alerted to three different locations within the house to the presence of accelerants. There is no word, at this point, as to whether or not the burn patterns or presence of accelerant could have actually been caused by flashover. Flashover is the point at which radiant heat causes a fire in a room to become a room on fire.
Investigators say Williams was alerted to the fire by Terrie Watson. Williams told investigators that he and Terrie Watson went back into the burning home in an attempt to save the children from the second floor but the heat from the fire and the tremendous smoke associated with it drove him out of the burning home.
Prosecutors say that Williams is lying. The fire marshal and arson investigators say there was no soot the man's clothing or skin, and no one smelled smoke on him. However, they do say that Ashes alerted to the smell of accelerants on the jeans that Williams was wearing, which he said he put on after the fire started.

Firefighters used thermal imaging equipment, which an anonymous citizen donated to the department, to locate the three kids and their grandfather on the second floor of the house that the family moved into just a few weeks ago. The children's mother, Violet Watson, and Williams were on the first floor and escaped. The home is a total loss and a house next door sustained heavy damage to it's siding from the fire.
Springfield Fire Chief David Hall says, "It was one of the most difficult calls for for my firefighters to deal with, even for my seasoned firefighters, because of the ages and numbers of victims of the fire. They all need specialized help and attention immediately. 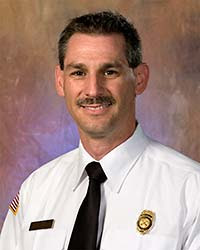 Hall says that his office conducts "Critical Incident Stress Debriefing after every fire. The first level is peer assessment. We check on their well being immediately after a fire, and again at the beginning of their next shift. The second level is help from a mental health professional if needed. We're a tight brotherhood and we want to be there for each other."
Violet Watson issued a statement late Tuesday, "Nobody knows what I am going through. I am the one that just lost three children. "
Watson is standing by her fiance saying that Williams would never hurt her children and that he was the best father they ever knew.
Funeral services for the children well be held on Monday March 22nd at 2 p.m. at Klinger-Cope Funeral Home.

Williams is a registered sex offender, he was convicted of statutory rape in 2003. The probable cause statement indicates he was 17 years-old when he was charged and 18 years-old when he pleaded guilty to having consensual sex with a 13 year-old girl. He served 5 years in prison at the Farmington Correctional Facility for the crime before he was released in 2008.

A fund has been set up to help the victims of the fire. Donations can be made to Victims of Olive Street Fire at any Springfield Commerce Bank location.
Posted by Kathee Baird at 1:16 PM