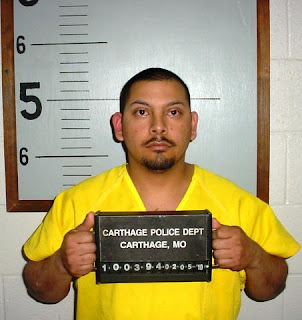 Jasper County prosecutor Dean Dankleson has dropped one of the charges against Eddie Salazar Sr.

In a move to protect evidence for Salazar's preliminary hearing and trial, Dankleson dropped the misdemeanor charge of filing a false police report in connection to the murder of Eddie Salazar Jr.

On February 4th Salazar Sr. told cops that two masked men broke into his Carthage home, beat him up and kidnapped baby Eddie. 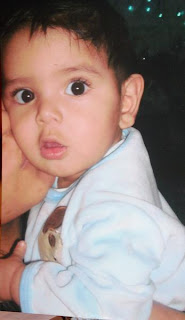 After a two-day statewide Amber Alert baby Eddie was found dead in the Spring River. Autopsy reports say the baby died from blunt force trauma to the head.

On Friday February 5th Dankleson charged Salazar Sr. with filing a false police report. Eleven days later Salazar was charged with second-degree murder for the murder of his baby boy.
Posted by Kathee Baird at 12:14 PM