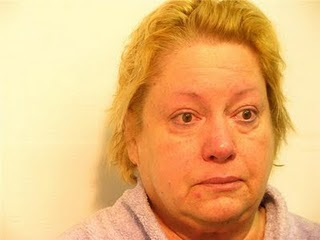 The former bookkeeper for Andy Williams' Moon River Enterprises waived formal arraignment in Taney County circuit court and has pleaded not guilty to felony stealing charges related to her employment by the entertainer.

Dawn Cleveringa, of Branson is to appear next in Forsyth May 6th before Judge Mark Orr. The 55-year-old woman was fired from her job in April 2009. She had worked for Williams for 14 years.
Authorities allege she embezzled hundreds of thousands of dollars from Williams' Moon River Enterprises between January of 2006 and April of 2009.
Right after the charges were filed Pat Keck, the attorney for Andy Williams and Moon River Enterprises said ... "She was a long-term very trusted employee."
At least 25-thousand dollars is alleged to have been taken, but that amount could also be as high as a half-million dollars.
****Greg Brock contributed to this story
Posted by Kathee Baird at 3:15 PM