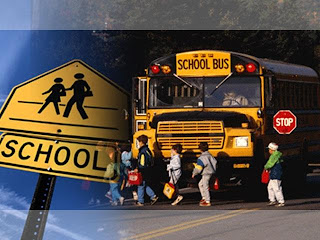 Authorities in Nixa are investigating the attempted abduction of a little girl yesterday afternoon.

Sgt. Jimmy Liles says that the nine year-old was walking home after getting off a school bus when a man in a tan four door car yelled at her to get in his car.The girl ran to a neighbors house for help and police were called.

The incident happened at a subdivision on the south end of Nixa near the intersection of Shady Acres and Sunrise.

The suspect is described as a white male in his mid to late 30's. He has no facial hair and was wearing a black baseball cap. Liles says the back passenger side door has a dent in it and the license plate is white with a possible palm tree on it.
The school district in reminding children and their parents about stranger danger.

If you know who this man is or the possible vehicle involved you're asked to call the Nixa police department at 417-725-2510.
Posted by Kathee Baird at 10:07 AM