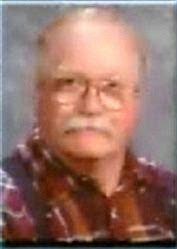 A jury has found a former special education teacher from Forsyth has been found guilty of child molestation.

Michael Hungerford, 54, Powersite, was charged with child molestation in December of 2008 after allegations surfaced that he inappropriately touched a little girl who was a student of his at Forsyth Middle School in October of the same year.

Hungerford, who had been a longtime employee of the school district, was immediately placed on leave when allegations of the impropriety surfaced. He tendered his resignation several days later.

Attorney Steve Meier is representing Hungerford who could receive anywhere from 5 to 15 years when he is scheduled on May 11, 2010.

The case was moved from Taney County to Christian County on a change of venue.
Posted by Kathee Baird at 8:39 AM