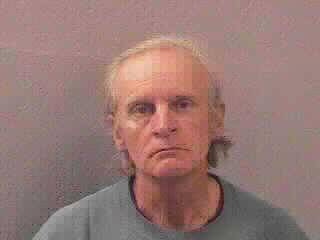 A year to the day that skeletal remains were found in a makeshift transient camp on I-44 at the 84 mile marker, authorities in Greene County say they have made a positive identification of who the bones belong to.

On January 13, 2008, MoDOT contractors found the skull of Larry Lawrence Abney when they were looking for a water source for some signs that they were setting.

Greene County Sheriff Jim Arnott says that a skull and complete set of bones were found inside a sleeping bag under a blue tarp. He said that the tarp, "appeared to have been used as a makeshift tent."

Abney was convicted in McDonald County in 1994 of sexual abuse of a six year-old girl.

Investigators traveled to Illinois to obtain DNA from Abney's father to compare with the remains. Captain Randy Gibson says, "an EBT card (food stamp card) was found in Abney's wallet and was last used in September of 2005 and still had a balance of $150.00."

Major Phil Corcoran say that investigators were told they would have results back in six months but, "we were at the mercy of the DNA lab at North Texas University because of the shortage of specialized lab technicians."
"The investigation did not reveal any indication of foul play or the involvement of any other persons," Sheriff Jim Arnott said in a news release. "Abney was a convicted sex offender, and at the time of his death had an active Greene County misdemeanor warrant for failing to register."
Posted by Kathee Baird at 2:05 PM