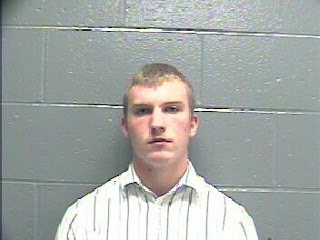 A sixteen year-old boy has been certified as an adult and has been charged with three counts of first-degree murders for the deaths of Jeff and Glenda Smith and Zack Porter.

Prosecutors in La Clede County allege that Benjamin James Stidham, Springfield, accompanied Josh Reyes, Steven Pyykola and Jackie Wong to La Clede County on the night of October 10 when the Smith's and Porter were killed by a handgun.

Detectives believe that jealousy and robbery were the motives of the Smith's and Porter's deaths. Miranda Smith is the former girlfriend of Joshua Antonio Reyes and has two children with him. Smith started dating Porter just a few weeks before the murders. 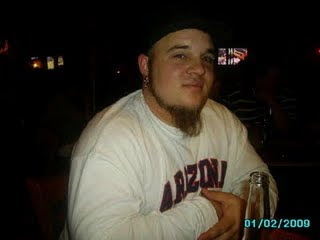 
A source close to the investigation says that Stidham allegedly told a friend BEFORE the murders that he was going to be paid $4,000 for his part in the crime, and that he posted on his myspace page that "damn, it feels good to be a monster."

KOLR 10 reporter Jennifer Denman was in the court room today and reports that Stidham attended Hillcrest High School and has a prior juvy record for assault.


Pyykola allegedly told investigators that Reyes told him he was in legal trouble and, "he would have to kill the following witnesses against him: Jim and Joy English, Jeff and Glenda Smith, Miranda Smith and Zachary Porter," according to the probable cause statement.

Wong told investigators that in the days leading up to the shootings, Reyes had made statements to him that he wanted to kill Miranda Smith over custody issues and because, "she was cheating on him by dating another man."

According to Wong when Reyes, Pyykola and Stidham got out of the truck at the Smith's Phillipsburg home, "Reyes was carrying a gun, Pyykola was carrying a Taser (which they bought at Majestic,) and Benjamin Stidham was carrying another gun." When the alleged murderers got to Miranda Smith's apartment in Lebanon Wong told investigators that he and Stidham stayed in his dads truck while Reyes and Pyykola went to the apartment, "because he had business to take care of with Zachary Porter for sleeping with Miranda."

Miranda Smith has asked the court for orders of protection from Reyes on at least three separate occasions, the most recent being filed on September 17th. However, eleven days later she asked the court to lift the order, which was granted.

Reyes and Wong were bound over and will stand for trial earlier this month....Pykkola's preliminary hearing is set for Friday.

A formal arraignment date for Stidham has been set for the end of January.

Pyykola was bound over for trial today.
Posted by Kathee Baird at 4:20 PM

Lord help this kid, i know him, ben, wow. have fun in hell.

God lay this boy to peace with his spirt and find the truth in this case. God bless him, and pray he wont go to hell.

hey benjamin does it still feel good to be a monster

Too bad he can't be tried in Texas. They'd put his ass in the ground, where he rightly belongs. What he deserves is much much worse, and in line with eye for an eye. It's disappointing that we treat serial killers so humanly.

I went to school with this kid and am friends with his brother I can't believe he could ever do something like this.