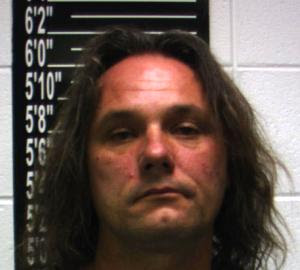 Prosecutors in Arkansas will seek the death penalty against a man for the shotgun slaying of his girlfriend last May.

Prosecutors allege that Chastain shot his girlfriend Susie Powers once in the chest during a fight at Powers' Omaha, AR, home on May 19, 2009, after she threw a glass of whiskey in his face during a fight. Investigators say that Chastain told his mother that Powers was suffering and cussing him so he shot her two more times in the head and then covered her body with an Indian blanket.

After the shooting, investigators say that Chastain drove to his mother Barbara Burke's home in Hollister where he dropped off some of Susie Powers' pets. According to court documents Chastain is alleged to have told his mother, "Momma, I really killed her."

Chastain was on the run from the law for two days following Powers' murder. Cops caught up with Chastain and a woman he picked up in Taney County at a motel in Galena after authorities received a tip that he was hiding out at the Shoals Motel.