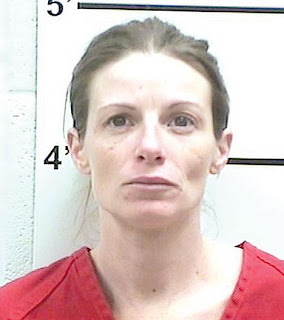 A woman from Piercetown, Arkansas has been charged with first-degree murder for allegedly shooting her boyfriend to death.
Authorities responded to a "frantic phone call" about 11 a.m. Monday (12-07-09) directing them to the home of Kerrie Breedlove, 35, and 39 year-old Shannon Price. The caller told the dispatcher that Breedlove had shot her boyfriend.
According to a press release from Newton County Sheriff Keith Slape, when officers arrived a first responder was performing CPR on Price, who was shot in the upper torso and pronounced dead at the scene. “An argument escalated at the home resulting in the shooting,” Slape said.
Breedlove was taken into custody and is being held without bond in the Boone County jail for Newton County authorities.
Newton County prosecutor Ron Kinkaid says that Breedlove is expected to make her first court appearance on Friday.
Posted by Kathee Baird at 10:26 PM