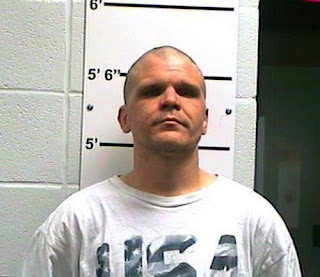 A man arrested for the brutal rape of a woman in Boone County, Arkansas is a habitual offender according to Sheriff Danny Hickman.

Just a few days before the November 6th kidnapping and rape a Taney County deputy gave the alleged rapist a ride from Rigedale to Hollister.

That deputy identified Dale Lee Stanford from surveillance tape and identification the man provided him as being the same man.

On November 6th about 3:40 p.m. the woman went into Wild Bills convenience store near the Missouri/Arkansas state line and prepaid for her gas.

After fueling up, she got in her vehicle and left...as she was leaving a man rose from her back seat, put a knife to her throat and told her where to drive.

Sheriff Hickman says that Stanford instructed her to drive into Arkansas and then turn onto Cricket Cutoff Road. He says that Stanford then made her stop and get into the rear passenger area of the van where, at knife point, he repeatedly raped her for over two hours.

Sheriff Hickman says at one point during the attack the woman was, "able to grab the knife and stabbed the man several times in the back." He then pushed her out of the vehicle and drove away.

The woman made her way to back to Highway 65 where trooper Billy Martin found her and rendered aid. She was able to give officers some unique identifiers of her attacker....the description of some very distinct tattoos. 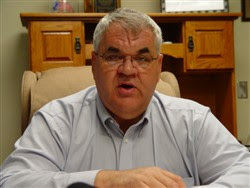 Boone County, AR, Sheriff Danny Hickman
The woman’s abandoned mini van was recovered about a mile from the scene of the rape. Deputies from Boone County and Taney County jointly worked together and developed the identity of a possible suspect after searching the van.

After the attack, Hickman says Stanford shaved his head, "but it was his tattoos that sealed the deal.".

The Taney County deputy who gave Stanford a ride says he saw the same tattoos the woman described on the man he gave the ride.

Stanford, who was recently released from prison in Louisiana, was arrested at the State Line RV Park near Omaha where he had been staying with his brother.

Boone County prosecutors have charged him with rape, kidnapping, aggravated robbery, theft of property, terroristic threatening, use of a prohibited weapon and battery. They have also charged Stanford as a habitual offender.

If convicted of all the charges, Stanford could be sentenced to three life terms or possibly face the death penalty in Arkansas.

Stanford remains in the Boone County jail where he is being held on $1 MILLION dollars bond....he is also being held on a probation violation warrant out of Louisiana.
Posted by Kathee Baird at 9:11 AM