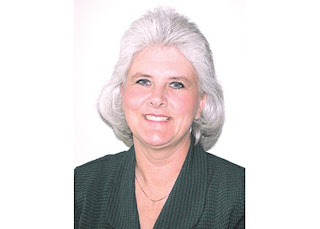 Bryant-Littles, 50, of Clever, is facing federal mail fraud charges for allegedly failing to properly assess her own property.

Federal prosecutors allege that Lonnie Littles and one of his ranch hands, Jesse Rice, cooked up the bogus theft of 63 head of cattle in a scheme to defraud the Littles insurance company and bank.

The cattle, that were used as collateral for a bank loan, were sold---but reported as stolen to the Christian County Sheriff's Office last February.

Rice pleaded not guilty to the charges against him last month.

Attorney General Chris Koster's press secretary, Nanci Gonder, says that the AG's office is reviewing documents and have not made a determination on whether or not they will seek the removal of Bryant-Littles from her elected office.
Posted by Kathee Baird at 2:59 PM