But he could step down as early as next month because of unused comp and vacation time.

Rowe, who became police chief in 1993, has had to deal with the pension shortfall and budget tightening in the last year that have made his job a bit more stressful.

He says he wants to pursue other professional avenues.

City Manger Gregg Buriss says he will name an interim chief while conducting a nationwide search for Rowe's replacement. 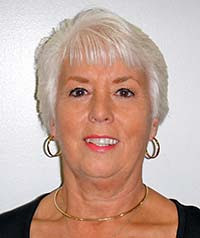 Also retiring is Chief Rowe's executive assistant, Marilyn Grier, who has worked for five police chiefs, and is the longest serving employee for the city with nearly 45 years of service.
Posted by Kathee Baird at 11:02 AM

I think retired Springfield P.D. Major Steve Hamilton would be an excellent replacement for Chief Rowe.