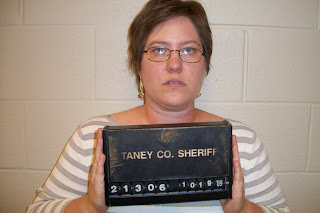 A woman who posed as a Registered Nurse for two years is in big trouble with the law.

Lori Lynn Aydt (a.), 38, of Ridgedale, worked for Skaggs Regional Medical Center in Branson from June 2007 through June of this year. 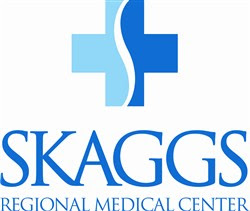 The problem is that the Missouri State Nursing Board says that Aydt has never been licensed in the state.

The Taney County woman is facing a misdemeanor charge of masquerading as a nurse, and a felony charge of bilking the hospital out of $25,000 in pay for not being a health care professional.

I don't think the stealing charges will stick as she did perform work for the hours for which she was paid.

Ms. Aydt's attorney, Barney Naioti (b.) sent me the following email this morning. Here it is in it's entirety. 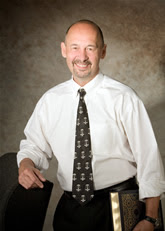 Dear Sir or Madam: You stated in your publication (blog) that my client, Lori Aydt "Masqueraded" as a registered nurse.

If this is a true statement, please provide me with the source and who actually stated that she "Masqueraded" as a RN.

If you simply made up this language for your blog reporting, then it is considered false and malicious reporting, in which case you may be subjected to a defamation-of-character lawsuit and possible money damages.
Please advise your source immediately. Otherwise, if there is no source and you simply made up this language, then I will settle for a simple retraction and apology on the same web-site/blog.

My Response to Mr. Naioti:

Mr. Naioti, The press release from Skaggs hospital states that your client did/or does not have credentials to practice as a Registered Nurse, or any nurse for that matter.

I will be sure to add your concerns to my publication.

Skaggs Regional Medical Center is cooperating with the Taney County Prosecutor’s office in its investigation of former employee, Lori Aydt, accused of falsely identifying herself as a registered nurse.

During an internal audit and bi-annual license renewal process in May of 2009, it was discovered Aydt was missing required proof of licensure through the Missouri State Board of Nursing.

When she was unable to produce proof of licensure she was placed on administrative leave without pay.

When it was discovered she was not registered with the Missouri State Board of Nursing, she was terminated and Skaggs filed a formal complaint with the Branson Police Department.

Aydt started her career at Skaggs as a graduate nurse in May of 2007.

In accordance with state law, she had 90 days to become licensed through the Missouri State Board of Nursing. Through Skaggs’ continuing quality efforts our nurses are provided with ongoing educational opportunities paid for by Skaggs Regional Medical Center.

At no time were patients harmed in any way nor were any complaints filed regarding her care during her employment.

Skaggs Regional Medical Center considers quality patient care our top priority. Any nurse employed with SRMC is required to comply with state laws, including being board certified through the Missouri State Board of Nursing.


The actions of the former employee are unacceptable. While it was and still is Skaggs’ policy to renew nursing licenses every two years, policies have been reinforced within our organization to ensure any individual who cannot provide prompt proof of license or certification is not to be employed with Skaggs Regional Medical Center.


Our manual renewal process was replaced in May 2009 with a computerized system called Lawson which alerts us of any employee certification that is coming due.

It is interesting that Mr. Naiodi has a client who has been serving as a nurse, apparently without any qualification to do so, and he defends her by adding to his billable hours by sending a threatening letter to a blogger who has done nothing more than to accurately describe his client's situation. Were it not for the fact that Mr. Naiodi is a member in good standing of the Missouri Bar Association, one might think he was masquerading as a lawyer.

Has Mr. Naoti responded to your supplying of the definition of the word? What an assinine and ridiculous thing to do, but alas he is a lawyer. As my dad always said, "What do you call two lawyers at the bottom of the ocean? A good start."

can you define any further Medical Assistant training in Missouri? I am still in vague about the topic though.