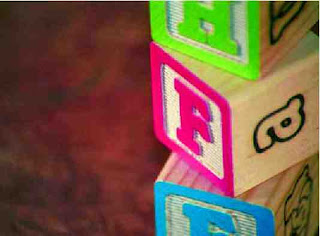 An investigation into the death of a two-and-a-half month little girl is being investigated by the Springfield Police Departments Criminal Investigation Unit.

The baby girl, who was the daughter of Daniel and Ashley Drake, was found dead in her crib at 10:14 a.m. Monday at 2011 N. Prospect Avenue.

UPDATED 10-21-09 819 a.m.:
Lt. David Millsap says that it appears there was no foul play in Sondra Drakes death. However, he says charges could be filed against the little girls parents for the filthy living conditions that she and her three siblings were living in.
Greene County assistant medical examiner Tom Van De Berg says his office is waiting on microscopic and toxicology evidence to determine a cause of death.
Posted by Kathee Baird at 8:07 PM

I didn't know where to send this...
Could you please follow up on Amy
K. Vogt,Christian County,court date
November 6. Exposed her young son's
genitals on line. I read about it here.
Thanks.

HAVE THEY GOTTEN THE OTHER TESTS THEY ARE WAITIN ON .WHATS UP WHEN WILL THEIR FAMILY BE REUNITED THOSE LITTLE GIRLS NEED THERE MOMA

Hi - has this case been resolved? was the death a natural one? you seem to be the only one covering the story! thanks

HI I WAS AND IN THE HOUSE OF THE DRAKES THE DAY BEFORE THE BABY'S DEATH THERE WAS NO FOUL PLAY ONLY ON THE DOCTORS PART OF OT WE TOOK BABY SONDRA TO THE DOCTOR NUMEROUS TIMES AND THE DOCTOR WHO WAS JUST TRYING TO MAKE MONEY SAID THERE WAS NOTHING WRONG BUT I HAVE DONE BIGGER RESEARCH ON THE BABY'S DISORDER AND THE FLAP IN THE BOTTOM OF YOUR THROAT MOVES WHEN YOU SWALLOW AND HERS DIDN'T SO THERE FOR SHE COULD HAVE CHOKED BECAUSE SHE WAS ALWAYS PUKING UP HER BOTTLES YET SHE WAS STILL A BEAUTIFUL AND HEALTHY BABY AND I LOVE AND MISS HER MORE THAN WORDS CAN EXPLAIN LOVE YOUR BIGGEST SIS BABY SONDRA I LOVE AND MISS YOU AND ALL OF UR OTHER BIG SISTERS THERE IS NEVER ONE DAY STILL YET I DON'T THINK ABOUT YOU GIRLS!

The story of sondra darline drake my story i had left the night before i am or was her babysitter her cousin and her sister and as far as im concerned they woke up she was blue in the face ashley the mother the great mother screamed for drake the dad to wake up also great to his kids and he got up got the baby ran outside screamed for someone to call 911 and layed the baby on the hood of the truck and started mouth to mouth cpr the cops came and then took baby sondra to st.johns or mercy and they promounced baby sondra dead the baby had (gastroesophageal reflux disease a rare diesease that this baby unfortaantly had and the doctor of this baby i cant remembere the name but he refused any test or doagnoses for this poor baby had to lose her life so yes i DO BLAME IT ON THE DOCTOR