Authorities In Bonne County, Arkansas Say Couple Kept Their Kids Prisoners....Chained Them To A Tree: 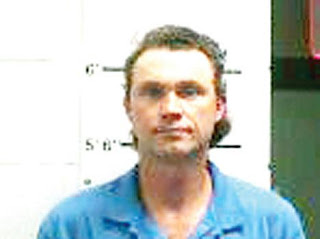 Authorities in Boone County, Arkansas arrested a husband and wife this week (10-29-09,) after complaints of child neglect were filed against them.

Tommie J. Barber Sr., 38, and Anna Barber, 54, are facing two charges each of felony endangering the welfare of a minor. 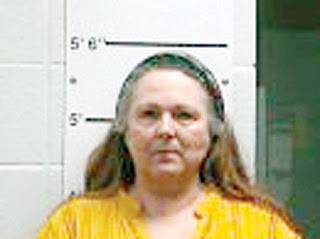 A report filed by Investigator Mark Arnold says that two kids, ages 8 and 10, were kept in a small room at a house in the southeastern part of the county. That room had the windows boarded up and was padlocked from the outside.

Arnold says that the kids were made to use a "potty chair" in the room and that the carpet was covered in human waste.

According to court documents, when the kids were let outside they were chained to a tire. Neither of the children have ever attended school and they don't know how to read or write.

As a result of the allegations, the children have been removed from the home.

The Barbers, have been released from custody after the each posted $10,000 bond.
Posted by Kathee Baird at 9:37 AM