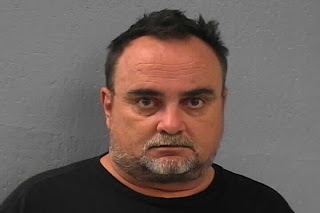 Forty seven year-old Troy Wayne Fletcher fled Bentonville after he was federally indicted in November 2006. The U.S. Marshals service says Fletcher drifted to Texas and Arizona before landing in Indian Point in January of 2007 where he had been living under another name.

Cops say that Fletcher got in his car and attempted to flee but marshals and other law enforcers blocked the vehicle. Fletcher then locked himself in his vehicle and took a bunch of pills in a failed suicide attempt.

Fletcher was treated and released from a Skaggs in Branson. He is now in the Greene County jail awaiting extradition back to Arkansas.
Posted by Kathee Baird at 9:41 AM