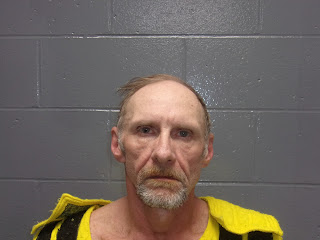 The biological father of two of Cassidy Rainwater-Paul's children has been charged with multiple counts of sex crimes involving an underage relative.

Those documents state that Keeney had been sexually molesting the young girl since January 1, 2021, and as recently as February 7, 2022.  A relative of the girl told investigators she confronted her about being sexually active and the girl admitted that she had been having a sexual relationship with Keeney.

After the young girl confirmed that information to the relative that person began sending text messages to Steven Keeney "to gauge his reaction."  That person provided text messages and audio recordings she surreptitiously recorded of Keeney and the victim to investigators.

In those recordings Keeney allegedly tells the girl not to say anything "or it would be bad, bad," according to court documents which have been snipped below.

He told investigators when he referred to “not touching her again,” he was referring to slapping her.

She also stated that Keeney would make her wear his flannel shirts if he thought the clothing she was wearing was too revealing.

Keeney is currently being held without bond in the Laclede County jail.  At a court hearing today, bonding paperwork states that his victim is "very opposed to bond being set."

Court documents state that Keeney is a multi-state offender with three felony convictions in Missouri.

His next court appearance is scheduled for February 28th at a 7-day bond hearing in Laclede County.