She's endured more than any mother should ever have to.

Three children drowned while she was pregnant with her "baby."  Then two years ago someone murdered that baby.

Ruby Stutesman knew something was wrong when her son, Carl Anderson, didn't return from a visit to Teri Dean-Morrison's house in late February of 2012.  They relied on each other due to ongoing health problems that plagued the mother and son....and he provided "financial security" for her. 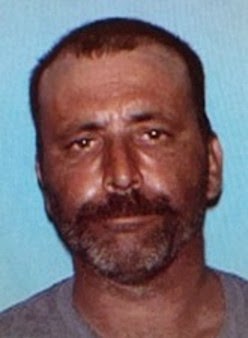 Anderson was last seen February 23rd at a gathering at Dean-Morrison's home at 263 Akita Run near Hootentown. Dean-Morrison told deputies she dropped 46 year-old Anderson off at his home near Highlandville, but Ruby told investigators that wasn't true and she filed a missing person's report on her son on February 25th.

Investigators found signs of a struggle inside Teri's mobile home when they executed a search warrant.  There were remnants of blood on a ceiling fan in a bedroom.  Carpets and windows had been replaced and walls had been painted, according to search warrant returns.

When Eugene Crider, 45, entered an Alford plea to second degree murder Stone County prosecutor Matt Selby introduced a statement of facts that Crider agreed would have been enough to secure a conviction.

Selby said a fight over an eight-ball of meth led to Anderson's murder.  Dean Morrison believed that Anderson stole the meth from her earlier that day and hid it in a storage shed on his mother's property. Armed with the combination Crawford drove Dean-Morrison to Ruby's property.  Surprised that someone other than her brother was in the shed, his sister Vicky Lewallen made note of the event and helped the women open the door.

Lewallen says she saw Teri grab what appeared to be an "eight ball" of methamphetamine from a shelf in the shed.  Crawford says that Teri wasn't satisfied with the amount of meth recovered and when she got back to her house Teri began yelling at Anderson, who was lying injured on the living room floor, and demanded that he answer her questions.

Selby says an argument over money may have boiled over as well and that Crider, who was holding an ax handle, began beating Anderson with it. Cheryl Crawford left.

When Cheryl met up with Teri later that night Dean-Morrison told her that they needed to pick up cleaning supplies on the way home.  When they returned to the Akita Run house doors and windows were broken, there was blood on the walls and ceiling and Anderson lay dead on the floor wrapped in a comforter. 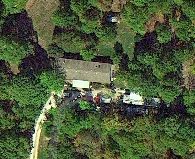 The trio then loaded Anderson's body into Crawford's van and drove his remains to the property of Dean-Morrison's employer and former boyfriend Earl Kearney.  There they burned the body and scattered the remains around the vast property.  It was in a pond on the property that investigators found Anderson's charred liver.

Before Crider was sentenced last week Carl's relatives were allowed to tell him how much he had taken from them. 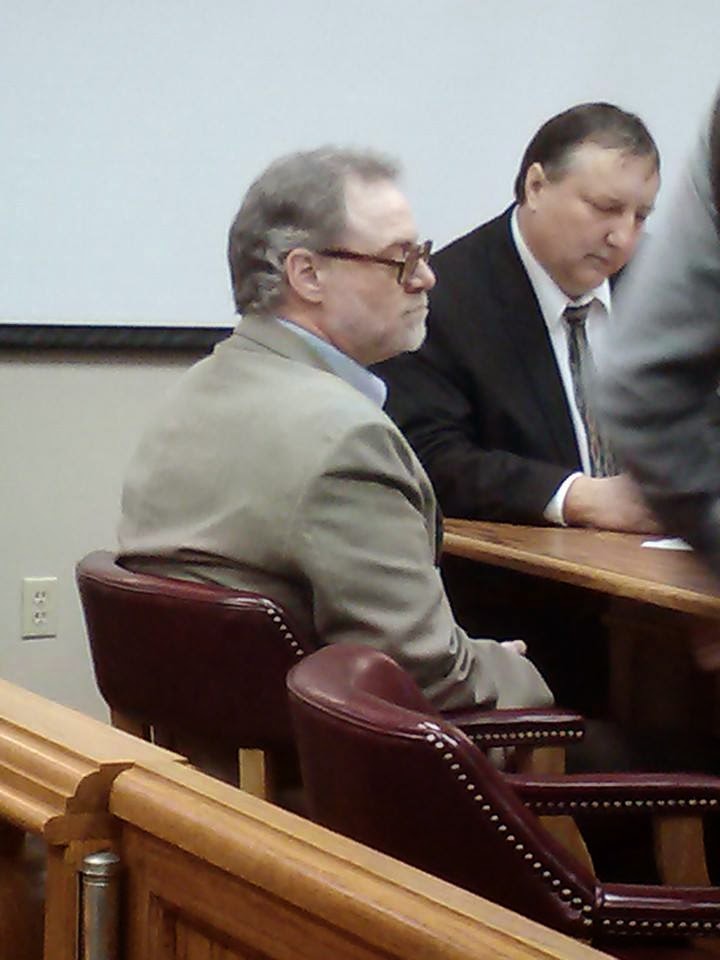 The father of one of Carl's nieces, Crystal Chapman, was murdered in 1989.  "This was another murder that had no reason to be in my life,' she told Judge Alan Blankenship.  "His actions changed a family that will never be the same.  Eugene won a battle against Carl....please don't let him win this too."

Lewallen not only lost her brother, her distraught daughter committed suicide while he was missing.  "What was taken cannot be replaced," she said.  "With God's help we will make it through this and live as normal as possible."

The last words from the family came from Carl's mother.

He took her last borne and she suffers from insomnia and nightmares as she plays over and over again in her mind how her baby suffered.  "Parents aren't supposed to outlive their children or grandchildren," she said.  "No mother should have to go through this."

"You robbed me of burying my son," Selby read for the mother who was too distraught to read her own words.

Then Eugene Crider was allowed to address the family.

"Do you think I have no conscious or sympathy for you....that's not true---but I'm not responsible for your pain."

"You think because of the plea I took I'm trying to not take responsibility for the senseless murder," Crider told the family.  "I agree, Carl's murder was senseless.  I had nothing to gain by Carl's death....he did me no wrong."

Crider went on to say that the state had crippled his chances at any kind of decent defense when they charged his girlfriend with tampering with evidence.  "When Krystal Buras was charged her livelihood was taken away."

"I made choices and for that I'm sorry....but Carl's blood is not on my hands.  I'm sorry you don't believe that but that's the truth.  I understand you want justice....if not justice, revenge."

Selby told Judge Blankenship that while the state "can't prove exactly what happened in that house I would say Carl Anderson's blood is on Eugene Crider's hands."

Crider's prior criminal history was considered when he was sentenced to life in prison.  He has two bank robbery convictions in addition to two kidnapping convictions and was on federal probation at the time of Anderson's murder.

He had only been out of prison a few months at the time of the homicide.

Crawford, who pled guilty to two counts of tampering with evidence, was sentenced to eight years in prison.

Jury selection for Teri Dean-Morrison's murder trial is set to begin today in Jasper County, where it was moved on a change of venue.
Posted by Kathee Baird at 11:00 AM

Crider had been out of jail for over a year before all of this happened and he only has 1 bank robbery charge that did not involve violence which he served 10 years for. Get your facts straight!

Also make it known that the baseball bat shown in court was his girlfriends sons from Texas and also the Harley Davidon shirt from The Woodlands, Texas was also his girlfriends shirt not Criders.

Yes this is a terrible thing that has happened however let's get our facts straight cause Crider didn't like like Selby wanted he is sentenced to life.

Now this is coming from me who is a up an coming blogger that keeps the facts straight and truthful! You should start taking notes.

I was in court when Crider was sentenced. Selby stated by that he had been convicted of two bank robberies and the kidnappings and had only been out of jail a few months before the murder.

You can request a transcript of the sentencing. Should run ya about 30 bucks.

As far as a bat and t-shirt, they were never introduced into evidence because Crider took an Alford plea.

I'm okay with MY notes.

Good luck with your blog!

\f0\fs26 \cf2 \cb3 \expnd0\expndtw0\kerning0
\outl0\strokewidth0 \strokec2 Nope once again you are wrong! Pictures of bat and shirt were shown. I too was there. Already got the transcripts. One step ahead of you. \
\
"Although the star can't prove what happened" they were still able to convict. Hmmmm more to come with this. May want to speak with Buras as well as recordings she has will soon surface that involve Criders first attorney.\
\
That info may help your ratings!\
\
Thanks be on the look out for my blog if truth and correct facts! Ps. Is that a mug shot of Anderson you keep showing?

I'm glad he won't be getting out. My cousin Carl didn't deserve to die like that. Nobody does. And his mother and the rest of the family shouldn't have to live with knowing how much he suffered at the hands of these 3 animals. Thank you Kathee for everything you do.
Trisha

You must have edited my post said transcripts on order and already a step ahead of you knowing to order them.

Krystal's koolaid???? Oh you must mean the lie detector test she took two years later repeating the same thing and passes with flying colors. Haha now that is funny.

Just keep watching. I'll send you a link to my blog soon. :-) Which will also include links that you my be interested in. Haha

You know good and well I didn't edit anything.

I look forward to the link.

Again, good luck with your blog!

I too was at court at both the plea and sentencing there was NEVER any photos shown. And T I didn't see you there.

As you know I have Pacer as I have given you access Kathee before and Crider has one count not two. If You want to check I can give you my password again. Matt Selby is a liar! Common senses would tell you Crider would have done more that 10 years on those counts.

You are right he did get out a few months before this and was Teri's brother's cellmate and how she knew him.

This post is an edit from a previous one. You're right, I should have never made a comment about Krystal.

HA....that's funny! The transcript from last weeks sentencing won't be available for a few weeks.

No, that is his license photo.

If you were there you know no photos were show at the plea or sentencing hearings.

I am a family member of Krystal and as she doesn't get on here to bother or torment herself with all this, I would like say thank you for deleting that comment.

Also T it's looking like as if you are an armature blogger that really doesn't know what is going on, just fishing for information.