Elementary Student In Purdy Injured While Restrained By School Counselor: 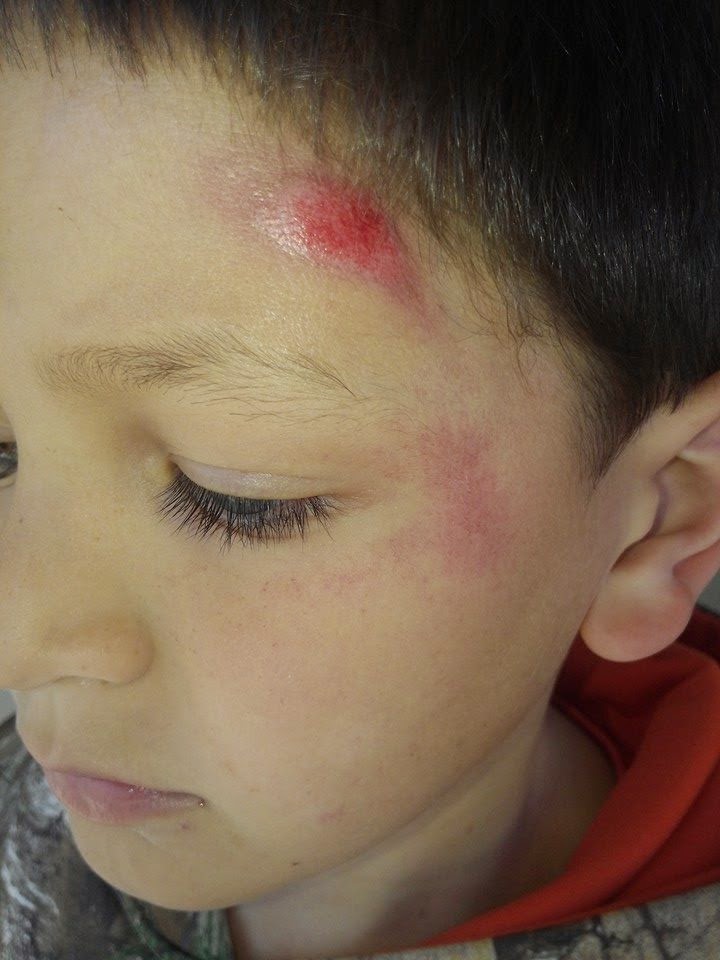 A nine year-old boy from Purdy is recovering from injuries he allegedly received from his school counselor last Friday (04-25-14.)

Amy Burton-Liggett says her little boy, Kaden, has a mood disorder which requires him to take medication and to see a counselor.  She says she has had to restrain the behaviorally challenged boy in the past and was called by the school last week and told Kaden had been restrained by a counselor.

School officials told Burton-Liggett that Kaden had suffered a rug burn in the incident but nothing prepared the mom for what she saw when her little boy got off the school bus.

Burton-Liggett says Kaden had a rug burn at the top of his head that extended down around his eyes and mouth.  His gums were even bruised, she said.

Kaden told his mom that after he acted out in school the male school counselor pushed him to the floor, put his knee on his back and held his hands behind his back to restrain him.  The little boy said it was hard for him to breathe during the incident.

The counselor allegedly told Burton-Liggett he did not put his knee on her son's back and he got the rug burn from resisting attempts to bring him under control.

Burton-Liggett says someone on her Facebook friends list made a hotline call to the state Children's Division after she posted pictures of Kaden's injuries on the social media website.

The Missouri Department of Social Services has not confirmed whether it is investigating the incident.  However, Burton-Ligget says an investigator from the state is scheduled to interview she and Kaden on April 30th "to get Kaden's and I side of the story.  Then she is going to investigate the counselor and then she will let me know what happens from there."

"Kaden is scared to go to school because he feels unsafe," said Burton-Ligget.  "I will be looking into homeschooling him most likely."

When contacted for a comment Purdy School District superintendent Dr. Steven Chancellor was not pleased and asked where we had received the information and "facts."  He went on to issue the following statement:  "We are aware of a situation in which a student received a rug burn during a student restraint and are looking into the situation to determine if it was handled properly.  We take reports such as this seriously and have began a review process."

According to Chancellor, specific staff members of the Purdy School District are trained on safe restraints to use on students who are in danger of hurting themselves or others. The district plans to make a more substantial statement once they get approval to do so.
Posted by Kathee Baird at 10:21 AM

Better check other facts surrounding case. Hurt two staffers, tried to stab teacher with pencil. Mother had called police perviously asking police to take child away since she was afraid of him. Bottom line questions - would you want to babysit this child or have him over for an unsupervised play date with your kid? Sounds like the rug was an appropriate response response and one that the child would be safely restrained while staffers could be somewhat protected.

I'm sure additional "facts" will come out when the school district makes an official response following the investigation.

Kid's presentation on Prezi defines FOOTBALL
football is a sport were you hurt people and you don't get in trouble.

Something else is going on with this child.

Soon to be another Stone County Jail inmate...guess this kid should start choosing his inmate number!

He is my friend he now goes to Exeter he is nice and very sweet NOT someone who is going to be a inmate, put yourself in his parents shoes when they found out what the counselor did.....