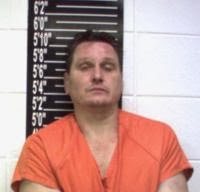 A man who allegedly attempted to light a Stone County deputy on fire during an incident in January of 2013 is now suing the sheriff's department and the county.

In Joey Lynn Plunkett's federal lawsuit against the county, he says authorities used excessive force when they arrested him.  It also claims "illegal seach & seizure."

On January 8, 2013, deputies Nathan Boone and Dustin Wells were called to a report of a domestic disturbance at 522 Craig Street in Reeds Spring.

Plunkett's wife told dispatchers that her husband was allegedly ramming their mobile home with his truck that contained fuel filled barrels in the bed.  When officers got the to scene, Plunkett, who was walking away from the vehicle, was ordered to stop.  He instead bolted for the truck and threw it in reverse, nearly striking one of the responding deputies.

Plunkett then drove to the backyard where the vehicle became disabled after hitting a swing set.  According to testimony at Plunkett's preliminary hearing, after he refused to come out of the vehicle, a window was broken in an attempt to apprehend him.

During a scuffle to apprehend Plunkett he grabbed a jar of fuel and threw it in Deputy Wells' face.  He was Tazered.  When he was handcuffed, a lighter was found in his hand, according to court testimony.

"Nathan Boone struck my vehicle on Jan 8, 2013 with [a] night stick then later broke out window and began punching me in the forehead," Plunkett writes.  [He] "then tazed me with 5 gal of gas on me-- when I dove to the ground he stood on me breaking my ribs and injuring my neck & shoulders."

Plunkett writes in the federal filing that officers showed up "unannounced" and "seized my vehicle out of my yard."  He also says he has been defamed and denied access to the law library.

Plunkett is asking for a jury trial and $5 million in damages.
Posted by Kathee Baird at 4:30 PM

I believe him because Stone County has abused their power too many times to be believed.

That is complete BS. Should not be allowed to even go to court.

You are correct on stone county abusing their power for far to long people need to take a stand.

Stone county is the most crooked county i have ever seen the courts matt sellby cops the fake charges so people have to take a so called deal. trumped. up charges so no matter thay matt gets his conviction the place is a joke in this day and age i can not bleave people would stand by and watch there rights and the justices system. to be used like this this is the u.s.a.