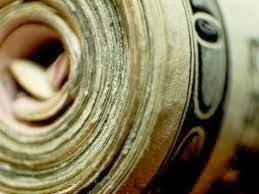 A woman from Galena admitted in federal court Monday (03-17-14) that she stole over $300,000 from her former employer over a five year period.
Sarah N. Underwood, who was employed by Fall Creek Condominium from January 15, 2007 until September 7, 2012, when the theft was discovered.
Underwood, who was responsible for the bookkeeping and financial affairs of Fall Creek, admitted that she spent $76,287 to purchase a Shelby Mustang, and used $25,505 to purchase a condominium at Fall Creek.
Underwood used a cashier’s check written on her employer’s bank account to purchase a 2012 Ford F350 Super Duty 4X4 Crew Cab Truck for $56,169. The truck was registered to Mstrmind Enterprises, a company owned by her and her boyfriend, which performed construction and rehabilitation work at Fall Creek.
Underwood was responsible for running the business affairs of Mstrmind, while her boyfriend, who was also employed by Fall Creek, was the project manager and responsible for the actual construction or rehabilitation project. The embezzlement scheme included an $80,000 check written to Mstrmind that was purportedly payment for work performed, but Underwood could not justify the payment.
Underwood, who faces up to 31 years in federal prison, also admitted that she failed to file federal tax returns for 2010, 2011 and 2012.
Posted by Kathee Baird at 2:49 PM