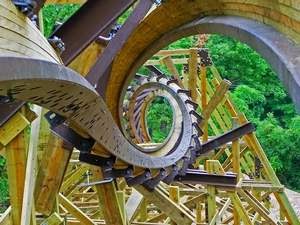 The Southern Stone County Fire Protection District is reporting that Outlaw Run at Silver Dollar City is on fire and fully engulfed in flames.

The $10 million wooden roller coaster was unveiled to much fanfare this season and won the Golden Ticket award for best new ride of 2013.

Silver Dollar City officials say the area surrounding Outlaw Run was on fire, but the coaster itself never caught fire.  The blaze was contained to an area near the entrance to the ride and was quickly contained.   SSCFPD spokesman Eric Nielsen says damage appears to be minimal at this time and there were no injuries associated with the blaze.