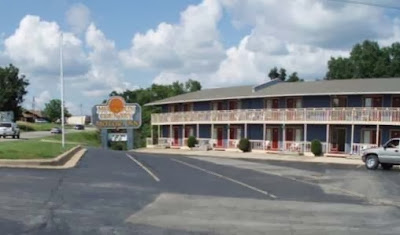 A hotel near Kimberling City will be featured in a suspense film that recently wrapped up filming here.

Film crews shot Room 105, which is about the search for money stolen during a bank robbery, at Mountain Country Inn for about three weeks.

In exchange for the use of his property, owner Terry Mayville will take a percentage of the profits.  He also will have at least six credits in the film, including a small acting part and helping with props in the film.

Some of the people involved in Room 105 were also involved in Winter's Bone, an independent film which was also shot in Ozark Mountain Country. That movie went on to earn major awards and Oscar nominations, including Best Film, Best Adapted Screenplay, Best Actress and Supporting Actor a few years ago.
Posted by Kathee Baird at 5:30 PM