City Leaders Gearing Up For Summer: 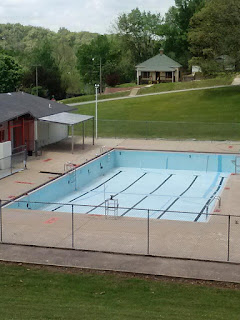 City crews are working to make repairs to the pool in Crane in preparation for the opening on May, 25 , 2013.

City leaders are in the process of mapping out some sponsored events to be held this summer at the pool, and applications for pool staff will be accepted through the end of the week, according to city clerk Beth Murphy.

Savage says several of people took part in the city wide cleanup on April 27th, but that rain played a part in keeping people home.

Another event the city will sponsor to keep kids busy this summer is a fishing day tentatively scheduled for June.  The Department of Conservation will be working with city leaders to stock a pond for that event.
Posted by Kathee Baird at 4:05 PM