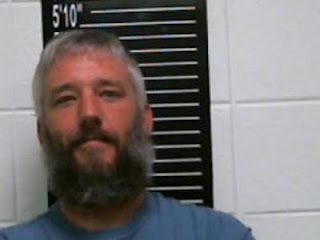 A Cape Fair man who was charged with multiple drug charges after authorities found a "grow operation" on his property in February waived his preliminary hearing and has pleaded guilty.

Authorities became interested in Christopher Daniel Briley last November after he and a woman were busted for possessing pot.

When the woman was interviewed by authorities she told them that she had accompanied Briley to Colorado, where he has a medical marijuana "certificate", and brought the illegal weed back to Missouri.

When C.O.M.E.T drug officers went to Briley's Battersea Road property for a "knock and talk" they observed plastic bags and digital scales sitting on a table inside the garage. They also found several recently cultivated pot plants, and found marijuana drying out.

Authorities obtained a search warrant and found a trap door hidden in the closet of a barn that Briley used as his office.  A staircase led officers down to two grow rooms.  The first room had 44 plants that were between 2 1/2 to 3 feet tall.  The second room contained 14 plants that were about 2 feet tall.  The grow rooms were outfitted with grow lights, timers and fans, according to the probable cause statement.

He was sentenced to a suspended 10 year sentence.  He must now serve 30 days shock time that is to be served in the Stone County jail and was placed in drug court.
Posted by Kathee Baird at 1:33 PM