Judge Expected To Rule Next Week Whether Teens Charged With Murder Will Stand Trial As Adults:

Judge Alan Blankenship is expected to rule next week on whether or not two teenagers charged with first-degree murder in juvenile court will stand trial as adults.

A handful of witnesses testified at the certification hearings of Anthony "Tony" Zarro, 17, and Christopher Allen, 16. 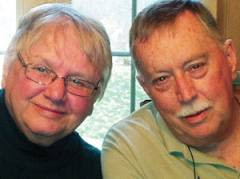 On January 31st, authorities discovered the bodies of Paul "Brian" and Margaret "Susan" Brooks, who would have celebrated their 50th wedding anniversary in July, inside the lakeside home of their son where they were vacationing near Lampe .
The boys, who were 15 and 16 years-old at the time of the Brookses murders, had run away from Lives Under Construction, a rehabilitative ranch for troubled boys, about a week before the double homicide.


Authorities say Zarro, of Spring, Texas, and Allen, of Nashville, Tennessee hid in a vacant cabin next door to the Brookses and watched the elderly couple come and go before they allegedly killed them.  An autopsy determined that the couple died from blunt force trauma and stab wounds.


They are each charged with 12 separate counts that range from first-degree murder, armed criminal action, burglary, robbery, property damage and tampering with a motor vehicle and evidence.

The first witness called to the stand by Mark Rundel, who is the Stone County Juvenile Prosecutor, was Stone County Sheriff's Detective Brian Landreth.

Landreth was one of the first investigators on the scene at 1722 Trace Hollow Road.  He said when he arrived, deputies had two juveniles in custody and was told there were two deceased persons inside the home.

A neighbor of the Brookses thought the boys were suspicious called authorities and held them at gunpoint until law enforcers arrived.

Landreth said that as he approached the front door he noticed blood stains on the concrete landing to the door and found copious amounts of blood throughout the house. 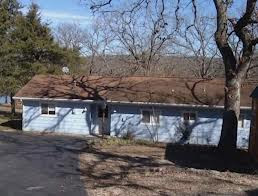 "Once inside, there was a large amount of blood splatter throughout the house, in the living room, kitchen area, especially in the kitchen area. Followed on through to the back bedroom area, where I found the two bodies."

Landreth said the door of the refrigerator and the fronts of the stove and dishwasher were covered in blood.  He said a trail of blood led investigators to a bedroom where the elderly couple had been "dragged."
"They had a large amount of blood and trauma," he said.
Landreth testified that the boys had attempted to clean the crime scene as investigators found bloody rags in a bedroom trashcan and bloody clothing in the washing machine.
"You could smell. . . cleaning products," when you walked into the home, Landreth said.
"Outside the house was a bedpost we later determined was taken from the house next door, had some blood stains on it...appeared to be used as an impact weapon in the homicide," Landreth testified.
When the boys were searched, authorities found credit and debit cards belonging to Mr. Brooks in the possession of Zarro.  Allen was found to be in possession of credit and debit cards bearing Mrs. Brooks' name; and the clothing the boys were wearing appeared to have blood spatter on them, according to testimony from Landreth.
When authorities were swabbing the boys' hands for DNA evidence, Zarro asked why they were bothering with collecting evidence.
"He said, What for? I already told the other guy I killed them," Landreth recalled.
At that point Allen's attorney's, Tom Carver and Shane Cantin, pounced.
"So, he said "I killed them, not we?" Carver asked. Landreth responded "yes."
His attorneys admit that Allen was present at the crime scene, but did not take part in the murders.  "There's not one iota of testimony that Mr. Allen took part in the murder of the Brookses."
Rundel then countered that the blood on Allen’s clothes and his possession of credit and debit cards belonging to Mrs. Brooks make him an active participant of the crime.
Regardless, Rundel said, the focus of the certification hearing was not to determine the guilt or innocence of either boy but to determine if they should stand trial in adult court.
The Juvenile Office appointed local attorney Eric Chavez to represent Zarro as he had no parents in the state to guide him, according to Rundel.
Chavez told the court that Zarro had been abused and neglected by his biological mother and had been in and out of the foster care system from the ages of four to eight.
He said his client had been in trouble in the past for burglary, and had been placed in a rehabilitative ranch in Texas when he was 12 years-old.
Ken Ortman, the administrator of Lives Under Construction Boys Ranch, in Lampe, said he had seen some major behavioral changes in Zarro since he arrived at the boys ranch in Lampe in 2010.
"He was very strong-willed. He did not respect authority. He didn’t want to be held accountable.  With time Tony became more social."  Ortman testified that with "the right kind of structure and environment"  he believes the young man can be rehabilitated.
The only requirement Zarro had left to graduated from Lives Under Construction was for him to successfully complete the school year in Blue Eye, Ortman said.
Chavez argued that Zarro's difficult upbringing and his attempts at rehabilitation should factor into Judge Blankenship's decision on whether to certify the teenager as an adult.
If the boys are certified to stand trials as adults it could create a legal quagmire for Prosecutor Matt Selby. Last year the United States Supreme Court ruled  that someone facing life without parole or the death penalty for a crime committed when they were under the age of 18 is not valid.
The penalty for those charged with first-degree murder in the state of Missouri offers two options....life without parole or the death penalty.
Last month Selby went to Jefferson City to urge lawmakers to pass a proposed bill that would let jurors or a judge sentence juvenile offenders charged with first-degree murder to 50 years in prison.  "This particular bill did not have a sense of urgency for me until January 31st of this year," he said.
Selby says if the teens are certified to stand trial he could charge them with second degree murder or a judge or jury could sentence them to life in prison (30 years) for a lesser included offense if they are convicted of first-degree murder.
"Statutes of the state of Missouri say any time a juvenile commits a Class A felony there shall be a certification hearing," Rundel said.  "Obviously, this is a finding made by the judge, but the juvenile office is reasonably confident there will be a finding for certification."
Posted by Kathee Baird at 8:30 PM