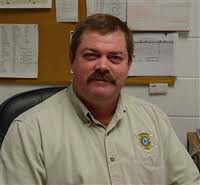 The Taney County Sheriff’s Office is investigating two separate attempted child abductions this (08-17-12) afternoon and authorities are asking for help from the public in locating the possible suspects and their vehicle.

Sheriff Jimmie Russell says that a white man and woman pulled up to a residence on Norman Road near Kirbyville about 1:30 pm. and says the woman attempted to lure two children who were playing in the yard to the vehicle by asking if they had seen her dog.  The couple was said to be driving a blue mini van that could have a black hood.

In the second incident, a child was approached on Hulls Ford Road near Taneyville about 4:30 p.m.  Russell says a woman driving a blue mini van with the word "Rogersville" above the rear license plate asked the boy if he had seen her dog and then asked where he was going.  When the child said he was going home, the woman repeatedly tried to get the child to get in the van with her by saying she would take him home. When the child turned and walked away, the female in the van left.

Sheriff Russell says that a person who lives near the incident on Norman Road came forward on the 17th after it was learned they were being sought.

Russell says, "This person heard what we were looking for and came forward saying that they believed they are the people that made the contact on Norman Road. This was a person living in the area. At this time there is no reason to believe that this was an attempted abduction or in any way any type of criminal activity."

"We also have determined that this incident is not related to the incident on Hulls Ford Road on the same afternoon. Although both incidents were similar with very close vehicle descriptions and the use of a dog to initiate contact, they are not related. We are still looking for a blue mini-van with the word Rogersville above the back license plate in connection to the Hulls Ford incident, said Russell."
Posted by Kathee Baird at 5:28 PM