When Will There Be Justice For The Luetjen's:

It's been three agonizing years for family members of three people who were murdered in their Cole Camp home, but docket entries show that the case is starting to move again after being stagnant for several months.
-
Prosecutors allege that Robert Blurton bound his aunt and uncle, Sharon and Donnie Luetjen, and their daughter Taron together in their Cole Camp home and then shot each one of them in the back of the head on June 7, 2009.
-
-
In the latest docket entry for the capital murder case it appears that Blurton made a motion with the court to act pro se (as his own attorney.) That motion was denied by the court "for reasons stated in the full record."
-
"The Court re-iterates it's willingness to enter an Order allowing defense counsel access to all records relating to the defendant, directed to any State Agency designated by the defense counsel. The Court is willing to accept that general motions and the corresponding Order and preserve them under seal from the view of any person except counsel for the parties and the respective investigation teams. The Court re-iterates the age of the case and prior scheduling orders requires that the scheduling orders be adhered to. Defense files certain materials under seal, which the Court does not review in that defense does not agree the State may see the motion filed under seal."
-
There's the problem, too much of this case has remained "under seal" like the search warrant applications and search warrant returns.
-
If online court records are correct, it was 10 months between court appearances for the accused murderer. Why is that.....almost a full year before a court appearance in a capital murder case?
-
We all know the wheels of justice move slowly, it usually takes a year-and-a-half for resolution on most cases because courts have an overwhelming case load. There aren't enough prosecutors or judges and the public defenders office in most counties in Missouri are burdened with a case load so large that they have taken the drastic step of turning cases down. That move is being challenged in court by Christian County.
- 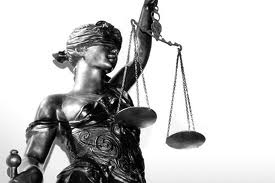 -
Criminals who are "frequent fliers", as is Blurton, have learned that when they break the law it will take forever for a case to make it to court and they break the law repeatedly. It's a turnstile for those who cover courts and see the same people charged over and over.
-
Most of the time we see these people placed on probation only to break the law again and the cycle starts all over. I hear people say, "well if judges and prosecutors would give stiff sentences they wouldn't break the law." But those same people who say that don't want to pay additional taxes that would fund the building of new jails, additional staff for prosecutor's and public defender's offices and place additioanl judges on the bench.
-
At this point Blurton is scheduled to stand trial at the end of October, but there could be additional delays in getting the case to trial.
-
-
When I first met Deb Luetjen Armenta she was a broken woman. Her brother had been killed in a car crash years earlier and then her mom, dad and sister were brutally murdered...allegedly by her cousin. Over the last three years she has gotten an education in law that doesn't come with a degree and has learned that patience, as hard as it is to understand at times, will bring justice for she and her family.
Posted by Kathee Baird at 10:03 AM