Authorities Searching For Driver In Hit-And-Run That Killed Willard Student: 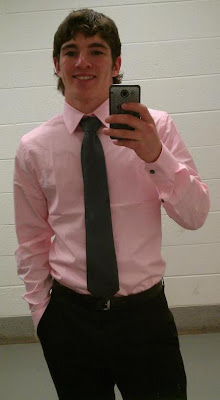 Authorities are searching for the driver who hit and killed an 18 year-old high school senior overnight on a rural road near Willard.

Seaburn was found lying on the roadway, his vehicle was nearby with it's emergency flashers on and the drivers side door open.
-


-
-
Seaburn was recognized as an all state wrestler as part of the Willard High School wrestling team and fellow students are posting condolence and “R.I.P.” messages about Seaburn on facebook.
-
The school district has made arrangements for counselors to be available for students, who are out of class for Easter break, to talk about Seaburn.  Some students have made their way to the school for that purpose, according to school officials.
-
A memorial scholarship fund has been set-up in Seaburn’s honor at Freedom Bank in Willard, Matt Kelley, branch president, said. Donations can be made at the bank, which is located at 423 West Jackson Dr.

Please keep up on the Steelers Seaburn case. So many people have been affected by it & there doesn't seem to be much faith in the local authorities. It is absolutely heart wrenching & his family deserves some sort of closure.

Nothing about this makes sense! There has to be more to the story. Someone needs to come forward! Steelers was a wonderful person & his family deserves closure.

This is heartbreaking. Mybrother is Kenny Stout. Not much has been kept up with him on here. Then Weston, now Steeler. More needs to be said about these. Not Charles Manson.

Haven't the guilty parties been found in the other two cases? Not trying to take away any importance from them. I was just curious. I do know that no one has fessed up to what happened to Steeler. Someone has GUILTY hands or why hide & not come forward if it was truly an accident. Accidents happen & the location was prime for an accident but I call BULL on this one! I sure wish the locals would put some real effort on this one. They just got their tax passed. I wonder if they will actually solve a case or have their cars repainted AGAIN!!

Has anyone heard anything more about Steeler Seaburn? He was such a great person! I do hope whoever is guilty of his murder reads this & knows people will remember him forever. He wasn't someone you could easily forget. He was a true champion! People will NOT forget!! I will NOT forget! You will be found so why don't you grow a set & tell your side of the story!! I may be old but I will never forget Steelers or the jack a@# that murdered him. You will answer!...someday or I'll die digging into your soul! I'm not even related- just someone his heart must of said HI to but i can't forget him. NO way! I'd love to think stuff starts coming into place. His mother was actually much better than other moms never to good to talk to the "0dd man out". She came right up to me an invited me into the group pissing off everyone else & she laughed & didn't care. Saying they by god will remember you next time. Well she was a real friend & now it's my turn! U guilty sack of crap I'm going to hunt you to theends of the earth.

Still waiting for answers to what "actually" happened to Steeler Seaburn. I do believe he was ran over but would love to know if someone had knocked him senseless first then ran him over to cover their tracks. The news reported the last messages his family received mentioned a fight with his girlfriend. Could this be the work of jealous boys trying to get between them & things spiraled out of control or could it really of been that he got out of the car to start walking & a drunk/tweaked out driver hit him & left him to die. Only hole in that theory is why o why would a18 year old boy leave his car door open. 18 year old boys have expensive radios, speakers, school books, & most of their clothes in there car. If he was leaving the car he absolutely would of locked it up. I strongly believe he had to be baited out Into that road. Someone needs to come clean. You will be found!

Still clinging to hope that someone will come forward or be found that stole such a precious life from Steeler Seaburn, his family & friends. He was a wonderful person!!

Someone knows & someone should pay!!

Still clinging to hope someone will come forward with information leading to a break in this case. I pray night & day there will be closure for his family soon. Keep hanging in there Genny, it will happen!

Has anyone heard any updates on
Steeler? I think the rumor in Willard for a while was that a group of kids were hood surfing and that is how this tragedy happened. Of course Willard is famous for rumors...

Steeler should not be forgotten i have known him since i started going to school here and he was an awesome kid loved by many and it seems like the authorities have givin up.if it was your son daughter would you give up i dont think so we deserve the truth

I can't believe it's been almost 2 years and still no one is talking.

My bf was told of a possible suspect 3 days ago. I've been in contact with willard police highway patrol and steelers mom.