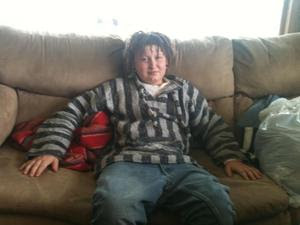 Authorities in Howell County are investigating a tragic shooting that has left a teenager dead.

Spurling was transported to Ozark Medical Center and pronounced dead at 7:25 p.m.

No charges have been filed against the 15 year-old, whose name has not been released, at this time and the incident has been turned over to juvenile authorities.

Southwest Missouri Forensics will perform an autopsy on Spurling on Tuesday in Springfield.
Posted by Kathee Baird at 12:08 PM