Authorities in Douglas County have scheduled a news conference for 1 p.m. to discuss a 17 year-old who has been missing since Tuesday.

Family members are posting via facebook that Kenny Stout, of Republic, who was last seen with an unidentified adult male, was found dead early this morning.  Sheriff Chris Degase says investigators know who that man is, but they have been unable to locate him.  Yesterday Degase said Stout's disappearance was "suspicious."

Stout, who attended high school in Republic, grew up in Ava and was visiting friends when he went missing.
- 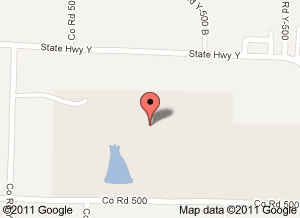 -
Degase says a tip from Texas County led officers to Stout's body, which was found along a logging road off of County road 500 near the Ava Country Club. Three people are in custody in connection with Stout's death.

According to Degase, the adult male that Stout texted friends he was with before he went missing is one of the people in custody.

Anyone with information regarding the last few day of Stout's life is asked to call the Douglas County Sheriff's Department at (417) 683-1020.
Posted by Kathee Baird at 12:21 PM