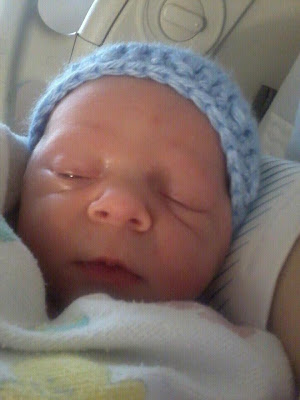 A young couple from Lebanon is grieving the loss of their ten-day old baby this holiday season.

Health Department officials say the baby's death could be linked to tainted baby formula or distilled water used to make it.

Avery Cornett was born healthy at six pounds nine ounces, but about a week after his birth he was rushed to St. John's hospital in Lebanon after appearing lethargic and acting like he had a stomach ache.
-
He was transferred to St. John's in Springfield, where he died on Sunday after being taken off of life support.  While little Avery was being treated it was discovered he had contracted cronobacter sakazakii. The rare bacterial infection, which is linked to baby formula, causes a fatal infection of the bloodstream and central nervous system.
-
Now the Centers for Disease Control is assisting officials in Lebanon trace the origin of the bacteria. 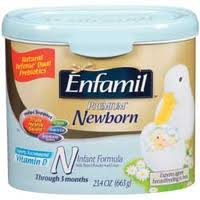 Samples of two types of Enfamil (one of which is Enfamil Newborn Premium - the other a ready to feed sterile liquid) the family bought at Walmart and water from Derek Cornett and Shelby Schrack's home have been sent to the CDC for testing.
-
Those tests results are expected back in about 10 days to two weeks.

Government officials say people using the products should not be alarmed, however, the Walmart store in Lebanon has voluntarily pulled the Enfamil formulas off their shelves as a precautionary measure.
-
UPDATE 12:15 p.m.:


The world's largest retailer has removed the products in question from stores shelves nationwide.

"Out of an abundance of caution, we have removed the remaining product from that store's shelves and we are also notifying all other stores across the country to remove product of the same lot number as well," says Walmart spokesperson Dianna Gee.

Customer who purchased the Enfamil Newborn powdered formula from Walmart can return it to any of the chains stores for a full refund.

Gee says that as soon as Walmart was notified of Avery's death, the company's food safety team contacted Mead Johnson Nutrition, the maker of Enfamil Newborn, and the Missouri Department of Health and Senior Services to provide any information needed to aid in the investigation of the newborns death.

The formula in question is packaged in 12.5oz canisters with the date ZP1K7G, and the UPC code 30087510050. The phone number for Mead Johnson is 1-800-BABY-123.  Callers are being advised to return the product to the place of purchase.

Gee says everyone at Walmart expresses their deepest condolences to the family of Avery Cornett.

Funeral services for little Avery will be held at 6:30 p.m. on Thursday December 22nd at Holman-Howe Funeral Home in Lebanon.
Posted by Kathee Baird at 12:10 PM