~UPDATED~Body Recovered In Search For Missing Police Dispatcher Confirmed To Be Dawna Natzke: 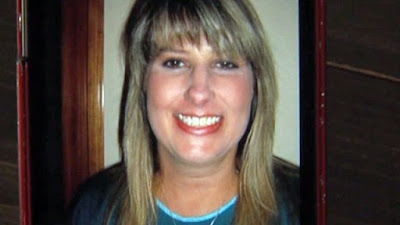 -
A body was recovered this morning (12-31) during an organized search near Jessieville, Arkansas for a missing police dispatcher.

Laroy Cornett, the Public Safety Director for Hot Springs Village, says a body believed to be that of Dawna Smith-Natzke was found about 5 miles from where the charred remains of Natzke's vehicle were  found last week.  "We're not entirely certain that it is our missing employee, but there is only one missing persons case in this area.  We are certainly going on the assumption that it is Mrs. Natzke."

Over 300 volunteers were involved in the search for Natzke.
- 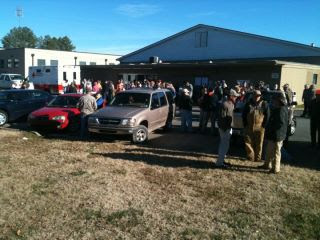 -
Cornett, who was Natzke's boss, says the body was found in Garland County and his department will assist deputies there in their investigation. "We're handling it as a homicide but no one has been charged and there is no one in custody at this time in connection with Mrs. Natzke's disappearance."
-


Conett says he has not seen the body and  he does not know if there were any visible wounds like gunshots or stab wounds to the body that was recovered near a pond about 9:00 this morning.

Natzke went missing after attending a holiday party with her mother and boyfriend last Wednesday (12-21) within the gated community of Hot Springs Village. Sources say that Natzke left her purse when she left the party.
-
Natzke's live-in boyfriend, Kevin C. Duck, 28, told investigators that Natzke was watching television when he went to bed around 11:00 p.m.

-
Dawna was not reported missing until Friday morning around 6 a.m. after her son called police and she did not show up for her scheduled shift at the department.  Sources say she had taken a vacation day for the day after she went missing was to end the relationship with Kevin Duck.
-
Duck allegedly told authorities he has no idea how Dawna went missing or why her car was burned in the Ouachita National Forest. Duck has family that live not far from where the body was recovered.

Sources say Duck's brother and sister-in-law are in hiding because they are afraid of Duck, who allegedly told them, "If I go down for this you are too."
-
The Hinky Meter is reporting that a woman who was walking home from another party near the home of Scott Randall, the general manager of HSV and at whose house the holiday party that Natzke was last scene, heard a scream followed by silence between 10:30 and 11:00 p.m. on the last night Natzke was last seen alive....and that Duck's father allegedly told investigators last week to look for the missing woman near the pond.

By all accounts, Natzke, who had separated from her husband in April, was a loyal and caring woman who donated one of her kidney's to her father to save his life.

According to Cornett, Natzke's house was searched, but not sealed, by investigators and no one has been living in the house since Natzke's disappearance. So, who was the "family member" the neighbor talked with when they went to check on Dawna after the friend called them about receiving a "strange text" message from the missing woman. "Her children are with their father," said Cornett. "Her children are with their father."

Lt. Martin, who would not comment on injuries to the remains found this morning, says he believes it will be sometime next week before the remains are identified.  "It sometimes takes between three days to a month for an identification.  I don't think it will take that long in this case."  However, with it being a holiday weekend Martin says it could be at least Tuesday before the crime lab retrieves the remains.

Natzke's boss says, "We've tried to preserve as much evidence as possible for a prosecutable case."

Authorities say forensic medical examiners have confirmed that the body that was recovered on Saturday (12-31-11) is that of Dawna Natzke.
-
NEWS RELEASE FROM GARLAND COUNTY SHERIFF'S OFFICE 12-31-11 @ 5:29 p.m.:


I just wanted to follow up with everyone and give a recap of what we covered earlier and where we are now.
-
At approximately 9:20 this morning the Garland County Sheriff’s Department was notified that the remains of a deceased female had been located near the intersection of Main Haul Road and Purdue Trail, in Garland County. This location is approximately 5.5 miles from where the burned car belonging to Dawna Natzke was discovered and where law enforcement searched on Wednesday and Thursday.
-
The remains were located by a member of a search group that had been formed by, and comprised of, approximately 400 community volunteers. These dedicated volunteers had searched for nearly an hour and a half before locating the remains and are to be applauded for their efforts and assistance.
-
The remains are of a female, who we have not been able to identity, and will be sent to the crime lab for identification as well as determination of cause and a possible time of death.
-
At this point, foul play is suspected in the death but there are no known suspects. No other details relating to the case, or remains, are being released right now, but I will update you periodically as the investigation continues.
-
Lt. James "Corky" Martin
Garland County Sheriff's Office
-
February 02, 2012:

Kevin Duck was arrested by the Calcasieu Parish Sheriff’s Office in Louisiana on February 1, 2012 on a no bond Arkansas Warrant for probation violation.
Lt. James "Corky Martin said in a news release, "There are still lots of rumors and false information being spread via the internet on this case. We would like to stress that anyone with information pertaining to this case to please call Garland County Sheriff’s investigating officers at 501-622-3690. If the caller wishes, they can leave an anonymous message at 501-622-3674. "
-
The Garland County Sheriff’s Office is offering a $1000 reward and Hot Springs Village has offered an additional $10,000 for information that leads to the arrest and conviction of the person or persons responsible for the death of Dawna Natzke.
Posted by Kathee Baird at 10:38 AM

Has anyone thought about Duck's mother and her husband who recently got out of prison as accomplices or maybe the getaway car?

It actually only took 45 minutes to find the body. Everyone met in the gym and underwent instructions, and didn't leave to get started until about 8:45. The call came in at 9:30 that a body had been found.